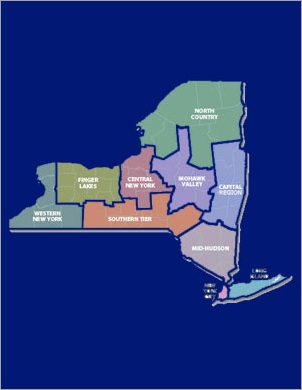 Yesterday, Governor Andrew Cuomo announced the third round of awards through the state’s Regional Economic Development Council (REDC) initiative. Put in place three years ago as the centerpiece of a new approach to funding economic development projects, REDC is a competitive process whereby each of the state’s 10 regions develop a comprehensive strategic plan to create jobs and economic growth. State officials rank the plans and allocate different amounts of economic development funding to the regions based on the strength of each plan.

Out of the $2.2 billion that has been announced through the REDC process since 2011, only $175 million—or 7.8 percent—has gone to New York City. This is the lowest of any of the state’s 10 regions, a surprising shortfall given that New York City has more than 40 percent of the state’s population, businesses and workers. The city is also home to the two counties with the highest unemployment rates in the state—the Bronx (12.2 percent) and Brooklyn (9.6 percent)—according to the State Department of Labor.