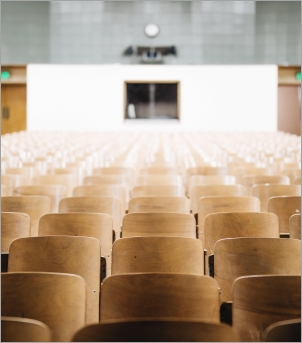 Harnessing CUNY as a Launchpad into Tech Careers

On September 19th, the Center for an Urban Future held a policy symposium that explored CUNY's enormous—but still largely untapped—potential to serve as a launchpad for New Yorkers of color into well-paying tech careers.

Replay of the event
Event materials

No institution is better positioned than the City University of New York (CUNY) to help New York City make progress towards a more inclusive economy. Although the city is home to a number of well-regarded nonprofit tech training programs, only CUNY has the capacity to help New Yorkers from underrepresented populations prepare for technology careers at scale. CUNY graduates more than 9,000 students annually with science, technology, engineering, and math (STEM) degrees—including nearly 4,000 students with technology degrees. Unfortunately, New York has only begun to harness CUNY’s remarkable potential to serve as the city’s largest and most equitable springboard into technology careers. Currently, relatively few CUNY students are making the leap into well-paying tech positions.

This forum explored CUNY's enormous—but still largely untapped—potential to serve as a launchpad for New Yorkers of color into well-paying tech careers. It discussed the barriers that prevent larger numbers of CUNY graduates from breaking into the technology sector, highlighted programs at CUNY and elsewhere that are working, and put forth concrete ideas for what city and state policymakers, local tech companies, and CUNY itself should be doing to ensure that far more CUNY graduates are able to get good jobs in the tech sector.