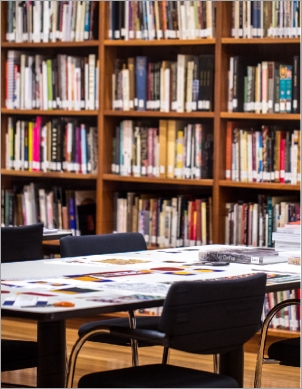 On Thursday, June 13, the Center for an Urban Future hosted a policy forum about how the city's libraries can strengthen and expand their already-significant immigrant-focused initiatives and explored whether libraries are well-positioned to play a stepped-up role in other critical areas, such as ensuring an accurate Census count.

On Thursday, June 13, the Center for an Urban Future hosted a policy forum at the Flushing branch of Queens Public Library entitled “Harnessing New York City’s Public Libraries to Support Immigrants.” The event, which was generously supported by the Charles H. Revson Foundation, examined how the city's libraries can strengthen and expand their already-significant immigrant-focused initiatives and explored whether libraries are well-positioned to play a stepped-up role in other critical areas, such as ensuring an accurate Census count.

The forum also discussed how city policymakers can better harness and support the important work New York’s libraries are doing with immigrants and refugees, setting forth achievable policy recommendations on how to better utilize these highly trusted institutions to serve the 3.3 million foreign-born residents who call New York home.

The event featured speakers from the Mayor’s Office of Immigrants Affairs, immigrant-focused community organizations, as well as all three library branches, including:

During the panel discussion, there was broad agreement about the unique role of branch libraries in supporting immigrants. Several panelists pointed out that libraries are not only one of the few institutions that are trusted by immigrant New Yorkers; they are also resource centers that help the newest New Yorkers get the tools to get ahead. As de-facto community centers, libraries provide a free, quiet, and tech-enabled place to go during the day. But, as Eva Raison of Brooklyn Public Library said during the event: “libraries are more than a building.” Librarians and library staff help patrons access information while retaining their privacy, and host workshops on a wide range of topics: from resume building and interviewing to ESOL, citizenship, and navigating the city’s confusing systems for public services.

Or, as NYC Commissioner for Immigrant Affairs Bitta Mostofi summed up: “Our immigration system is not designed to invite people into a space that helps them figure out what’s next.” Libraries are.

To continue and expand these important programs, however, libraries need the resources to hire more teaching staff. Libraries also need the personnel and financial resources to stay open later into the evening and over the weekend, when community members can more easily attend workshops.

But one of the clear takeaways from the discussion is that libraries have the potential to take on an even more important role today, a time when so many immigrants and refugees face a litany of threats. For instance, panelists pointed out that libraries are already offering important legal assistance to immigrants seeking help with citizenship, but these programs are still at a relatively small scale and could be expanded with the right resources.

Panelists also suggested that the city’s libraries have a unique role to play in ensuring that immigrants participate in the 2020 Census. Between the likely appearance of a question about respondents’ citizenship, which could have a chilling effect on immigrant participation, and the switch to a digital survey for the first time, which will pose new challenges for the nearly 30 percent of households who lack broadband internet at home, New York City is at great risk of an undercount. Such an undercount would hurt the very people who face the most obstacles in completing the survey, as the census results determine how much Medicare, SNAP and other public benefits money flows into New York City.

Beyond the role libraries can play in providing outreach and information about the census, panelists argued that libraries can also provide the confidential computer access and internet connection needed to get the new digital surveys filled out. But branches’ existing technology is already pushed to capacity with daily use.

In the days following our panel discussion, Mayor Bill de Blasio and the City Council agreed to a city budget that allocates has already allocated $40 million in his proposed city budget for census outreach. Based on our discussion, it’s clear that sSome of this money should be funneled channeled directly to the city’s public libraries to install dedicated computers for census completion and provide staff for support.

For more on the Center for an Urban Future’s research about public libraries, check out our reports Branches of Opportunity and Re-Envisioning New York’s Branch Libraries.