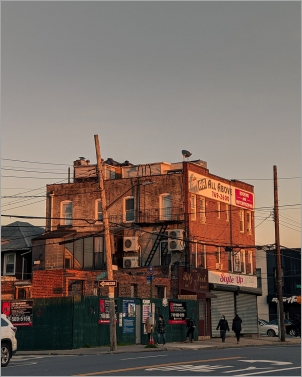 On June 24th, the Center for an Urban Future held a virtual policy forum to examine the specific challenges facing Brooklyn's immigrant- and minority-owned businesses and explore what can be done to help these entrepreneurs navigate the crisis and come back strong.

Last week New York City entered Phase Two of reopening, but for many of Brooklyn’s immigrant- and minority-owned businesses, the road to recovery remains uncertain at best. More than half of all Brooklyn businesses are owned by immigrants and nearly a third are minority-owned—including more Black-owned businesses than any other borough. Yet despite major gains prior to the pandemic, these businesses have faced stunning losses in the past three months as revenue has plunged and government support has been difficult to access. CUF's June 24th forum, “Helping Brooklyn's Immigrant- and Minority-Owned Businesses Rebound from the Pandemic,” surfaced several concrete ideas to help these businesses get through the crisis.

Check out the video of our forum, which was supported by HSBC and featured Brooklyn Borough President Eric Adams, State Senator Roxanne J. Persaud, Aisha Benson of TruFund Financial Services, Samara Karasyk of the Brooklyn Chamber of Commerce, Jessie Lee of Renaissance EDC, and Mary Makfinsky of HSBC, alongside Brooklyn small business owners Sibte Hassan of BK Jani and Carol Thomas of Just Because Salon.

Some of the specific policy ideas put forward during the discussion include:

This symposium, the first of our three forum series on how to boost support for immigrant- and minority- owned businesses in New York, was made possible through generous support from HSBC and presented in partnership with the Brooklyn Chamber of Commerce. The Center receives general support from The Clark Foundation and the Bernard F. and Alva B. Gimbel Foundation. We are also grateful for support from Fisher Brothers for the Center for an Urban Future’s Middle Class Jobs Project, and ongoing support from a number of other philanthropic funders.