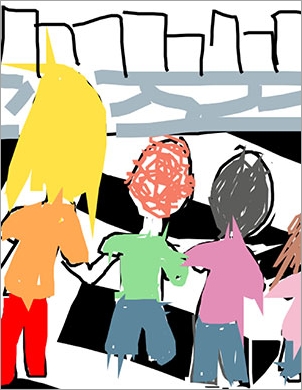 The Center’s 2011 Subsidizing Care, Supporting Work report provided recommendations to address New York City’s deteriorating child care system—a critical support for the city’s working poor. We’re pleased to report that five of those recommendations have been implemented in the city and state budgets for FY2015.

The Center's 2011 Subsidizing Care, Supporting Work report revealed that New York’s child care services system is falling well short of its potential. The report showed how working poor families -- by earning too much to qualify for subsidized care and too little to afford the cost of child care in New York City -- were stuck between a rock and a hard place. At a time when affordable child care has become increasingly critical for low-income parents to get and hold jobs or complete a postsecondary degree, we offered seven achievable recommendations to improve the system. We are pleased to report that five of these recommendations have been implemented in the city and state budgets for FY2015.

The report's other recommendations called for the city to convene stakeholders to formally advise agencies for planning around early care and education; evaluate the current facilities of child care centers as well as consider opportunities for retrofitting and mixed-uses; and accelerate the integration of data systems that are responsible for services to low-income families. The city’s FY2015 budget implemented all three of these recommendations by creating a new task force of stakeholders to develop a strategic plan for reforming New York City’s child care system, allocating $10.7 million for renovating child care centers and allocating $15.8 million for developing new technology systems for the Administration for Children’s Services’ Juvenile Justice and Early Care/Education programs.