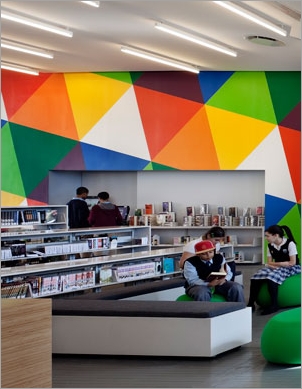 In December, our Re-envisioning New York’s Branch Libraries report prompted a City Council hearing on the city’s public library systems’ capital needs and planning. Council Majority Leader Jimmy Van Bramer, and chair of the Council’s Committee on Libraries, kicked off the hearing by saying, “This hearing is about this report, Re-Envisioning New York’s Branch Libraries. This is an amazing and important report that CUF prepared.” CUF executive director Jonathan Bowles and research director David Giles were the first ones to testify at this standing-room only hearing.

CUF Research Director David Giles testified at the hearing, arguing that the de Blasio administration and the City Council should move away from the current discretionary process for addressing the maintenance needs of the city’s 207 branch libraries and instead establish a long-term capital plan for bringing the libraries into the 21st century. Doing so, he said, would equip libraries to further the agenda of the de Blasio administration and meet the needs of communities throughout all five boroughs. Our report revealed that the city’s three library systems having at least $1.1 billion in capital needs.