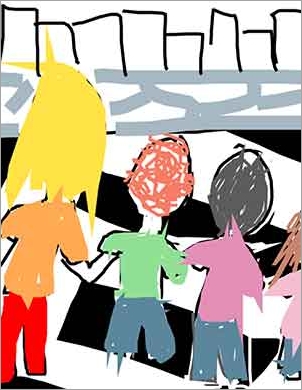 Last week, Mayor Bloomberg announced that he was restoring $40 million in proposed cuts to child care programs. The Mayor's action comes on the heels of our February 2011 policy brief Subsidizing Care, Supporting Work.

Last week, Mayor Bloomberg announced that he was restoring $40 million in proposed cuts to child care programs, providing relief to more than 16,000 low-income children who had faced losing their subsidized child care. The Mayor's action comes on the heels of our February 2011 policy brief Subsidizing Care, Supporting Work, which documented that subsidized child care is a critical support for the growing number of New Yorkers who have full-time jobs but are still poor. While we are happy about the budget restoration, our research suggests that the city should be doing more. Our study pointed out that the number of subsidized child care slots has fallen in the past few years and that only one in four low-income children under the age of six is now being served by child care programs across the five boroughs. At the same time, waiting lists for child care centers in the city are extensive—as many as 40,000 parents are waiting for child care services. We showed that the biggest losers have been the working poor—those who earn too little to afford the high cost of quality child care in New York, one of the most expensive places in the nation to seek child care services.