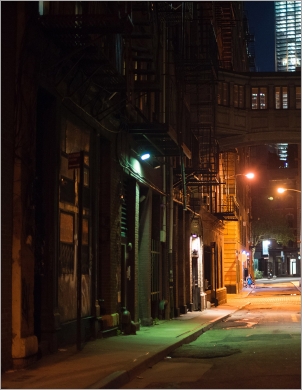 The individuals working at human services nonprofits arguably have been the unsung heroes of New York City’s response to the coronavirus pandemic. Amid an unprecedented public health and economic crisis, the city’s human services organizations have provided vital, lifesaving services for the city’s most vulnerable communities—from delivering meals to homebound older adults and staffing homeless shelters to caring for the disabled and reaching survivors of domestic violence. But while nonprofits in every corner of the city have stepped up ably to address a massive surge in demand for safety net services, meeting the challenge has resulted in unexpected costs and revenue losses into the millions of dollars, jeopardizing their efforts, if not their very existence.

Nearly every organization we interviewed for this report is dealing with a sea of new operational costs—from setting up new IT systems to support remote work and virtual programs to purchasing protective equipment and hiring temporary workers while full-time staff are home sick. More than six of the two dozen nonprofit organizations we spoke with for this report say that they have already spent more than $1 million in unanticipated costs—all in less than two months since the start of the pandemic.

At the same time, human services organizations are also confronting sometimes staggering losses in revenue due to cancelled spring and summer fundraisers. Several of the nonprofits we spoke with say that their financial losses have already exceeded $1 million, with one predicting $3 million in revenue losses.

The combination of significant unanticipated costs and staggering revenue losses is creating an alarming financial fragility for the city’s human services nonprofits, a problem since many of these organizations will undoubtedly be needed even more in the months ahead as a wave of unemployed New Yorkers threatens to test the limits of the city’s safety net.

Despite all this, nonprofit leaders we spoke with fear that city and state agencies will not do enough to help them survive this crisis. In fact, there are some indications that New York’s government leaders may be magnifying the problem. To be sure, most of the nonprofit leaders we interviewed applauded the de Blasio administration for steps it took in the first weeks of the crisis to support the human services sector—including its pledge to be flexible with contracts already in place. But many nonprofits now fear that the city is backpedaling on that promise. Indeed, a letter sent out from the City Council in late April suggested that the city may no longer reimburse organizations for services already provided between late March and late April—a potentially devastating financial blow for many nonprofits. “That kind of retroactive cut is the most damaging way to achieve savings,” says Ben Thomases of Queens Community House.

Nonprofits also worry that state and city agencies will refuse to reimburse them for bonus payments they made to on-site workers during the past several weeks. Numerous organizations across the city instituted extra “incentive pay” to keep hourly and per-diem employees working at a time when the on-the-job risks have increased dramatically. But many in the sector are hearing that agencies will not compensate them. "If you're asymptomatic, you're obligated to come to work. But tell that to a young guy making $16 an hour who has two kids at home. He knows he's putting himself at risk, so we feel like we have to do something,” says Bill Baccaglini, president and CEO of New York Foundling, a child welfare organization.

“When all the dust settles, it's the provider community that's going to be holding the bill for having fully accommodated all of the decisions both the city and state have made,” adds Baccaglini. “We're hoping that everybody, at the end of the day, makes us whole."

For many of the organizations we spoke to, disappearing revenues and multiplying costs related to the response are creating a new level of financial strain.

Our research found that many nonprofit service providers are encountering significant new costs they had not accounted for and which—especially when combined with declining revenues—are creating major financial and operational strains. These crisis-related expenses run the gamut from remote work and distance learning technology to cleaning services and personal protective equipment, but the most significant new financial pressure may come from staffing.

The coronavirus pandemic has brought major new risks to the health and wellbeing of staff who must work on-site and in-person, and several organizations we contacted have responded by paying bonuses, increasing wages, and providing additional benefits to those essential employees. Others have been forced to hire temporary workers to shore up staff and make up for the loss of volunteers—many of whom are older adults and cannot risk coming in.

Every organization we reached reports new technology costs and challenges. To ensure their own staff are set up to work at home, nonprofits are buying additional Zoom accounts, setting up platforms like Slack and Google classroom, and purchasing equipment like laptops and work desks.

The transition to virtual operations also poses a new set of challenges for providers that serve highly vulnerable populations, such as victims of domestic violence and at-risk youth.

Our research found that organizations with a focus on food assistance and meal delivery have been inundated with requests from regular and new clients, and are facing challenges they’ve never dealt with before.

Other organizations are struggling to significantly expand the basic assistance they had been providing before the virus.

The de Blasio administration initially promised to reimburse organizations for many crisis-related expenses, including cleaning services, technology for remote work, and replacement workers for staff who fall ill. And on April 20, Governor Cuomo called on the federal government to provide funding toward 50 percent bonuses, or "hazard pay," for frontline workers.

But nonprofits are largely footing the bill in the meantime, and many of the nonprofit leaders we interviewed say they now fear that the city and state will not cover the costs they have already incurred. Moreover, each organization has been told it must first submit a plan to their funding agency for approval—a seemingly impossible task given how “this crisis changes by the second,” says Eileen Torres of Bronx Works.

Uncertainty around timing of payments for city contracts, as well as delayed grant funding, are also weighing on nonprofits.

The human services sector is bracing for more challenges ahead

Many organizations were struggling financially before the pandemic, and leaders worry that the economic downturn will jeopardize everything from government contracts and foundation grants to individual and corporate giving. "I don't think any of us have even begun to think about what's happening with the financial crisis on the other side,” says Overseth of PASE. “The market's way down. That is going to deeply impact endowments and foundations. It will impact the city's revenue and the state's. It's going to be painful."

Some organizations are already anticipating financial disruptions if programming must be canceled. Bridge to Enter Advanced Mathematics (BEAM), which provides STEM enrichment to underserved youth, is “very concerned about fundraising for FY2022,” says Lynn Cartwright-Punnett, executive director of New York programs. “If we have to cancel our summer programs, it will cause us to have to seek major adjustments to many grants and completely change our fundraising approach and calendar."

Nonprofits that have adapted to address the immediate crisis, like Opportunities for a Better Tomorrow (OBT), are also concerned about their capacity to support clients through a prolonged economic downturn. "While there is a remarkable need right now to address the crisis we are living in, there is a clear message from the city and state that next year will be very difficult. What will that mean for our capacity to respond to what will be an unprecedented economic need months from now?" says OBT CEO Liliana Polo-McKenna.

With each week that passes, the pandemic underscores the crucial role of human services nonprofits in supporting communities and public health throughout the city. “Healthcare workers are absolutely the front line, and may they be supported in every possible way," says Wassung of God’s Love We Deliver. "But I see nonprofits as this sort of second layer. They're still out and delivering and serving and trying to keep people safe at home and out of hospital, all across the country. I wonder how we can continue to support that infrastructure because it needs it."

Photo by Jeffrey Blum on Unsplash