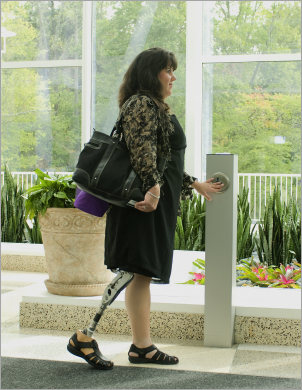 In this testimony before the NYC Council Committee on Mental Health, Disabilities and Addiction, CUF researcher and multimedia specialist Melissa Lent outlines four key recommendations for the Council to expand employment opportunities for people with disabilities.

Researcher and Multimedia Specialist, Center for an Urban Future
Before the NYC Council Committee on Mental Health, Disabilities and Addiction

My name is Melissa Lent. I am a policy researcher and digital media specialist at the Center for an Urban Future, a think tank focused on creating a more inclusive economy in New York City. Thank you for the opportunity to testify today.

There are nearly 1 million New York City residents with a self-identified disability. In 2021, according to a report from the Center for an Urban Future, nearly 17 percent of all working-age New Yorkers with a disability were unemployed—more than double the pre-pandemic level. Systemic barriers have prevented thousands more from entering the labor force in the first place.

Despite this, enormous changes in the ways people live and work are creating the conditions for a major expansion of economic opportunity: remote and hybrid work; advances in assistive technologies; and a surging number of unfilled job openings.

The City Council should seize this opportunity to help make New York City a national leader in employment for people with disabilities.

First, city leaders will have to tackle several long-standing challenges. Our research shows that providers of career training to disabled New Yorkers struggle to access public funding because contracted services rarely prioritize clients with disabilities or factor in the costs of delivering effective and accessible programs. Likewise, workforce development organizations that serve the general population need capacity-building grants and technical assistance to build accessibility into all of their programs and services.

At the same time, key publicly funded initiatives are effective but still far too small scale. For instance, the Mayor’s Office for People with Disabilities is succeeding in connecting people to living wage jobs, but MOPD’s entire annual budget is just over $800,000, significantly less than the per capita funding for similar agencies in Chicago, Los Angeles, Boston, Houston, and Washington, DC. Alarmingly, city funding for contracted programs serving New Yorkers with intellectual and developmental disabilities has plunged 82 percent over the past two decades after adjusting for inflation.

The City Council should take steps to strengthen and restructure the existing system to foster greater economic opportunity for New Yorkers with disabilities.

In addition, the City Council should introduce legislation establishing mobile small business accessibility teams, operated in partnership between SBS and MOPD, with the goal of helping 2,500 workplaces become fully accessible to employees with disabilities by 2025.

To help coordinate these providers, employers, and investments, the city should build a central directory of career services providers for people with disabilities and employer programs and raise the profile of these opportunities by hosting the nation’s first Accessible Careers Week.

The City Council can also accelerate change by establishing a 7 percent hiring target for people with disabilities in city jobs and hired through city-funded contracts, replicating a key initiative at the federal level, and leverage existing programs like 55-a to help accelerate progress toward these goals.

New York City should seize this moment to lead the nation in expanding employment opportunities for people with disabilities.

Thank you for the opportunity to testify.

For an expansion on these ideas and other key recommendations, check out CUF’s report Access Opportunity.