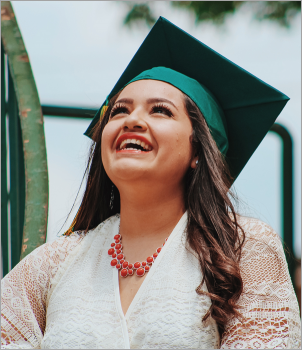 CUNY's innovative college success programs are helping more students earn a degree—and with it, a shot at economic opportunity. But when nearly 80 percent of students at CUNY community colleges fail to earn an associate’s degree in three years, it's time to consider additional options. Expanding academic certificate programs should be part of the solution.

When it comes to improving community college graduation rates, CUNY is among the most innovative public universities in the nation. Driven by the premise that a college credential is increasingly vital in today’s economy, the Accelerated Study in Associate Programs (ASAP) and CUNY START initiatives are helping more students earn an on-time degree. Thanks to these and several other programs initiated by CUNY over the past decade, graduation rates at the city’s seven community colleges increased from 13 percent in 2009 to 22 percent in 2016.

However, when nearly 80 percent of students at CUNY community colleges fail to earn an associate’s degree in three years, more needs to be done. One reason why most CUNY community college students won’t earn a credential—bearing a burden of lost time, wounded self-esteem, depleted savings, and debt—is that CUNY doesn’t offer them alternatives to the typical 60-credit associate’s degree. Academic certificates should be part of the solution.

At community colleges in other parts of the country—including at SUNY—academic certificates are more widely available. Options include credentials in fields from cybersecurity and tourism management to IT networking and drone technology, which combine skills building with credit toward a college degree. In these institutions, academic certificates are viewed as practical vocational credentials that require less time and treasure from students but can lead straightaway—when effectively designed with an employer partner—to a good job and increased economic security. By meeting minimum requirements for financial aid, academic certificate programs also provide an affordable stepping-stone on the path to an associate’s or bachelor’s degree.

Among the seven CUNY community colleges, just 27 academic certificate programs are available to students. Many have no enrollment, several are duplicative across campuses, some lack engaged industry partners, and few have practical appeal to students as they fail to ensure attractive employment prospects.

To its credit, CUNY offers hundreds of non-credit industry-aligned credentials and certificates in its continuing education programs and trains thousands of incumbent workers through partnerships with unions and industry. Yet as effective as these programs are, few offer academic credit toward community college degrees.

The lack of successful academic certificate programs in CUNY’s community colleges can be explained to some extent by history. Most CUNY community colleges were designed as junior colleges and feeder schools to the system’s senior colleges. This history has led to a culture in which the definition of success, for many faculty and administrators, is limited to graduating with an associate’s degree and transferring to a senior college. The goal of vocational training for jobs and careers is often subordinate to a culture of a traditional liberal arts college.

In fact, liberal arts is the most popular major, by far, at CUNY community colleges. It is often followed by criminal justice, due in part to the popularity of various television crime dramas. In contrast, Associate of Applied Science (AAS) programs, which train students for careers, have relatively low enrollment. At Bronx Community College, only 25 percent of students pursue AAS degrees, a surprisingly low share for a community college serving students from the poorest county in the state in a global capital with a prosperous economy. At Borough of Manhattan Community College, the rate is 15 percent; at Kingsborough Community College, it’s 18 percent.

CUNY is right to focus on degree programs when so many of the well-paying jobs in New York’s economy require a bachelor’s degree. But today, as documented in a recent report by the Center for an Urban Future, there are still too few students graduating. In 2016, CUNY community colleges had an average three-year graduation rate of just 22 percent. Allowing students more time doesn’t help much: approximately 64 percent of CUNY community college students will not earn a degree within 10 years.

Working with business and industry associations, unions, and individual employers, CUNY should design new credit-bearing certificate programs “stacked” under AAS degrees. These programs should provide students with industry-aligned credentials that lead to good jobs in high-growth sectors of the city’s economy. New offerings could draw on the success of CUNY’s non-credit certificate programs by building short-term credentials into degree-track programs. Imagine, for example, certificates that enable students to get work experience along with decent wages in healthcare, technology, tourism, human services, financial services, entertainment, and the creative economy. Each of these important sectors includes entry-level positions that require basic skills and some amount of vocational training, but not a bachelor’s degree.

Of course, a student who earns a certificate to be an auto mechanic, a Licensed Practical Nurse, or a child-care aide is under no obligation to remain in that job forever. The certificate enables him or her to earn a living, gain work experience that will be valued by future employers, and start to build a professional network—the latter two of which are fundamental to career advancement and income growth. In time, that student can return to a community college, earn more credits, graduate with an associate’s degree, and perhaps move on to a senior college.

CUNY’s seven community colleges serve many of the city’s neediest students, including those academically unprepared for admission to the system’s senior colleges; recently arrived, foreign-born New Yorkers; first-generation college students; and working adults. For many students whose immediate needs include supporting themselves, their children, or other family members, the right credential from a community college can be the quickest path to new skills, a better job, and higher wages.

Of fundamental concern is giving CUNY community college students practical choices when it comes to credentials. By responding to the needs of both students and employers, academic certificate programs offer the possibility of rungs within reach on an employer-driven vocational training ladder.

Kenneth Adams is dean for workforce and economic development at Bronx Community College.

CUF Conversations is a series of guest commentaries by leading experts from across the public and private sectors, academia, and government. This series provides a platform for authors not affiliated with the Center for an Urban Future to weigh in on pressing issues at the core of CUF’s agenda: expanding economic opportunity, reducing inequality, and creating a more prosperous, equitable, and inclusive New York.