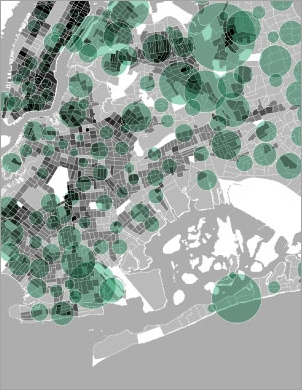 Now that the de Blasio Administration is breathing new life into the 10-year capital plan, public libraries have an important role to play. In testimony before the City Council’s Committees on Finance, Cultural Affairs & Libraries, CUF research director David Giles lays out what could be done.

Good afternoon. Thank you for inviting me here today. At the Center for an Urban Future we publish reports on a wide variety of different topics. Over the last few years, we have published reports on the growing number of immigrant seniors in New York, the stubbornly high number of youth who aren’t in school or at work, the increasing importance of postsecondary credentials in the information economy, and much more. And in all of these policy areas, one institution pops up time and again as a significant resource: public libraries.

With branches in nearly every neighborhood, libraries are perfectly positioned to help City policymakers meet a number of high priority challenges. They serve residents of all ages on a nearly daily basis and provide a wide range of critical services, including language and technology classes, job placement advice, after-school programs and homework help. They offer programs and resources targeting immigrants, toddlers, teenagers, and seniors, and can shift these services around from neighborhood to neighborhood and ramp them up on relatively short notice.

For this reason, libraries often play a critical role in the implementation and delivery of City policies and programs. They serve as information resources during tax preparation season, as cooling and warming centers during extreme weather, official job placement sites in previously underserved neighborhoods, and, most recently, enrollment locations for the city’s popular Municipal ID program. But though the City often comes to the libraries for help in meeting both short- and long-term policy goals, it has never really taken ownership of them and invested in their ability to serve in so many different capacities. Because the libraries’ operating budgets are still well below what they were before the financial crisis of 2008, the vast majority aren’t open on the weekends or evenings, when it is more convenient for many working families to use them. In Fiscal Year 2013, they were open an average of only 43 hours per week, which compares poorly to many other library systems across the state and country.

"But though the City often comes to the libraries for help in meeting both short- and long-term policy goals, it has never really taken ownership of them and invested in their ability to serve in so many different capacities."

Just as importantly, public libraries have traditionally played almost no role in the City’s long-term capital plan. As the Center for an Urban Future (CUF) documents in some detail in a recent report, the vast majority of capital investments come through a piecemeal funding process that makes it all but impossible for the libraries to plan for the future. Unlike most other agencies, libraries don’t receive a guaranteed capital budget to make systematic repairs, but instead raise funds from individual elected officials on a year-by-year and project-by-project basis. Nearly 60% of the libraries’ total capital budget comes from individual City Council members and borough presidents through the discretionary funding process. The average for city agencies is just 6%.

Because discretionary dollars are limited, the libraries have to piece together funds from a wide variety of different sources, and they often have to break up projects into smaller, more manageable parts in order to get the construction and repair process underway. As a result, more than three quarters of the branches that have received capital upgrades since 2010 still have major repair needs that have gone unaddressed. 64% of those branches have needs totaling $1 million or more.

This broken funding system has brought on a maintenance crisis in the city’s 207 branch libraries. Overall, we at the Center for an Urban Future estimate the libraries’ capital needs to be around $1.1 billion, the vast majority of which is for basic building repairs—things like leaky roofs, broken HVACs, and deteriorating facades—rather than for modern amenities and bigger and more dynamic spaces. But, as we document in our September report, expanding and modernizing facilities so that more people can use technology and participate in public programs is an important need as well. At a time when computers and smart phones are necessary for even basic tasks, 58% of branches have enough electrical outlets for just ten or fewer patrons at a time.

There would be enormous benefits to creating a true, long-term capital plan to help the libraries overcome these challenges. First and foremost, a firm financial commitment from the City—one the libraries could depend on over multiple years—would allow the libraries to raise additional funds from private donors. This has proven to be a successful model for many cultural groups in New York as well as for some libraries in other cities. For example, when the Seattle Public Library launched a capital campaign in the late 1990s to rebuild all 24 branches in its system, it drew on a $200 million government bond to raise an additional 30% —or $60 million—from private sources. I believe New York could do even better. Many New York City donors, including several prominent philanthropies, want to invest in library facilities, but only if their investments build on a well-thought-out and -funded plan. Many feel basic building repairs, in particular, are the responsibility of government.

They should also figure prominently in the City’s resilience and storm preparedness plans: After Superstorm Sandy, libraries in Queens, Brooklyn and Staten Island played important roles in the recovery, as residents came to the libraries to charge their phones, share information and retrieve blankets and food—and as Red Cross workers came to print out maps and plan their house-to-house checks. But the libraries in these communities were also severely damaged and their role in the recovery dramatically hampered.

Investments that were part of a long-term plan would better position these vital community assets to serve both residents and first responders in case of another storm. And given the sheer number of libraries in or near city evacuation zones, this should be a priority for officials at both the City and State level. According to a recent analysis, 74 branches are located within New York City evacuation zones, including 12 inside Zone 1. 75 additional branches are within a half-mile walk of the evacuation zones. Together, these 149 branches have over $600 million in capital needs.

Now that the de Blasio Administration is breathing new life into the 10-year capital plan and thinking strategically (and rigorously) about how its investments can increase affordable housing and improve community development, libraries have an important role to play. Though they have experienced a sharp increase in users and uses over the last decade, this has happened more often than not despite budget cuts and neglect from the City. A bold new plan that not only tackled the libraries’ extensive State of Good Repair needs but paved the way for an expansion and modernization of services would unleash their potential for community development and individual economic empowerment.

This testimony was presented on February 24, 2015.