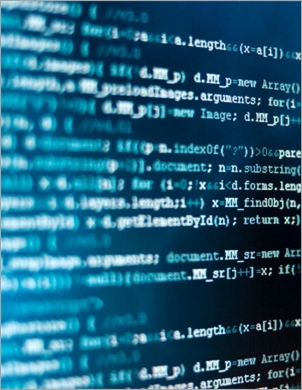 Governor Cuomo ought to sign a new bill that would give workforce development providers and community colleges across the state access to a treasure trove of information to make their programs more accountable and effective.

New York’s prosperity, today and in the years to come, depends on the quality of its workforce. That’s why the state spends billions each year on educating and training future workers through the PK-12 system, public colleges and universities, workforce development programs, adult literacy programs, English instruction and more. The problem is that New York lacks any clear way of knowing which of its investments are most effective in building a 21st century workforce. But a bill currently awaiting Governor Cuomo’s signature would take the first major step toward making that information available to education and workforce providers across the state.

The governor should sign it. Then he should really get bold.

The bill, sponsored by Assemblywoman Nily Rozic of Queens and Senator Diane Savino of Staten Island, would give human capital development program providers access for the first time to the earnings and employment information of people who completed their programs, allowing them—and the state and local officials who fund these programs—to see how their graduates are doing in the labor market in the long term. These programs include adult basic education, apprenticeship programs, vocational training, job placement, youth employment, welfare-to-work, and other educational, training, and social support programs.

These programs are in place to help New Yorkers become more employable by equipping them with the skills they need to succeed in today’s information and technology-based labor market. But which programs are most effective? How do agencies know their programs are leading to increased earnings and productivity? At present, each program defines its own standards of success. While some of the programs currently report their success with short-term outcomes, like placing individuals into jobs, none of them are held accountable for their graduates’ long-term employment outcomes.

The information agencies need to evaluate program effectiveness exists. The New York State Department of Labor (DOL) and its counterparts in every state and territory in the U.S. hold information on how much nearly every employee in the state makes each quarter, the employers they work for, and the industries in which they work in what is called a wage matching database. The information is used to administer the federal unemployment insurance (UI) program. Linking these data to educational and program participation records would yield a treasure trove of information about where graduates end up in the labor market, which skills-building programs are the most successful in placing their graduates in good jobs and which lead to long-term employment.

The current law on using UI wage records is a mess. Currently, among human capital agencies, only the state’s Workforce Investment Boards (WIB) are authorized to request the data from the DOL. Furthermore, the process for obtaining the information is onerous, inefficient, and fraught with uncertainty; the process currently takes over a year and a half and the DOL follows no particular rubric or procedure in processing applications. As a result, not a single WIB in the state currently holds an agreement with the state to use the data for evaluation.

If Governor Cuomo signs the new bill into law, it would expand access to UI data for evaluation purposes to other human capital development agencies, such as the state’s county and city welfare departments, adult basic education programs and community colleges. Importantly, it would also make the process for obtaining the data more transparent by outlining the conditions under which access would be granted, setting rules around data protection and confidentiality and establishing a timeline of 20 days for the DOL to make a decision on data access applications.

Twenty-eight states already do this, linking education, social welfare, and workforce data to evaluate their programs. For instance, Washington State uses unemployment insurance wage information linked to program and education data to create reports that show the net impact of every workforce and education program in the state. The reports, which are publicly available and show aggregate data—not data on individuals—indicate whether or not the program produces a net benefit to participants and a return on investment to taxpayers. In Florida, switching from a survey-based method of collecting alumni data to using unemployment insurance wage records has resulted in an enormous savings to the public; while the surveys Florida used to rely on cost the State Department of Education $17 each to process, pulling up wage records for individuals costs one to two cents per record on average.

With this bill, Governor Cuomo has the chance to bring New York State into the big leagues of states that rely on data-driven evaluation of their human capital programs. New York’s human capital development programs would be able to better align their offerings to the skills and abilities that employers actually want in their workers and identify pitfalls and gaps in their programs. Importantly, taxpayers would be able to see what the return on the public’s investment in these programs is in terms of increased productivity and a more skilled and competitive workforce. Equally important, if program performance information is made public, potential students and participants can use it to comparison shop for the skills programs they need to advance in their careers and earn more income.

But, in addition to signing the bill, the governor needs to make sure this commitment to greater government accountability and program performance has the resources it needs to succeed. Next year, the legislature would be wise to increase funding to the DOL so that it can fulfill data requests in a timely and efficient manner. New York State should follow the example of national leaders in human capital program evaluation like Washington State, Florida, and Maryland, and authorize an institution to serve as a central repository of workforce and education data with the capacity to aid human capital programs across the state in their evaluation efforts.

New York needs a robust human capital development system that enables workers to gain new skills and employers to increase productivity in a competitive global marketplace. Every dollar that the public puts into these programs should produce a substantial return in terms of increased wages and productivity. This bill would go a long way toward making these programs accountable for their participants’ long-term outcomes using results-based evaluation. If the governor fails to pass it—or, later on, fails to support it through additional funding—not only does the state risk spending taxpayer dollars on ineffective programs; it loses the opportunity to bolster its competitiveness in dozens of industries, from nanotech in the capital region and optics in Rochester to health information technology downstate.

This commentary is generously funded by the Working Poor Families Project.