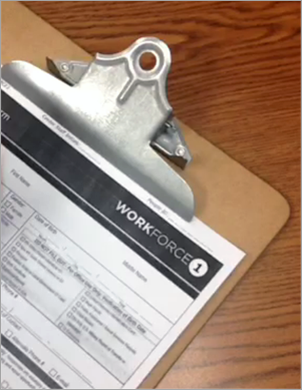 In this Room for Debate essay in the New York Times, the Center's Jonathan Bowles argues that with so many New Yorkers out of work, the next mayor will have to make job creation a top priority and take steps to ensure that more New Yorkers are prepared to succeed in the 21st-century economy. The piece was part of a segment called “Vining the NYC Primaries,” in which a handful of New Yorkers were asked to write a brief piece and make an accompanying vine about a key issue facing New York on primary day.

New York City has made significant economic progress over the past decade. Jobs have been added at a competitive clip and employment has grown in every borough. The recent explosion of tech start-ups has helped add much-needed diversity to the local economy.

Yet, the city’s unemployment rate sits at a troublingly high 8.7 percent, which includes an alarming number of young adults, and 35 percent of working adults across the five boroughs are in jobs that pay less than $27,000 a year.

With so many New Yorkers out of work, the next mayor will have to make job creation a top priority. But he or she should also take steps to ensure that more New Yorkers are prepared to succeed in the 21st-century economy by continuing efforts like the Workforce1 Career Centers and expanding support for other training programs, community colleges and adult education initiatives that will help New Yorkers develop new skills.

With roughly 350,000 New York City residents still unemployed and a growing number of those who are working stuck in low-wage positions, I hope that the next mayor will take this issue seriously.

Jonathan Bowles is the executive director of the Center for an Urban Future. This essay was originally published by the New York Times on September 9, 2013 as part of Room for Debate and is republished with permission. Click here to view the full Vining the New York City Primaries debate.