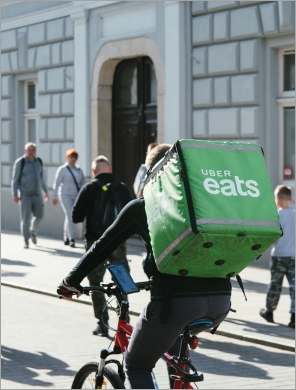 In this Times Union op-ed, CUF Editorial and Policy Director Eli Dvorkin and Winston C. Fisher argue that New York’s leaders should bring together workers and industry to establish a bold plan to ensure that independent workers in all sectors can access universal, portable benefits, gaining financial security without losing flexible work.

The decisive win for Proposition 22 in California on November 3 shows a likely majority of voters—even in the most progressive states—see the value of flexible work that allows people to generate income on demand. That value has only grown amid an ongoing economic crisis that has hammered employment in nearly every industry in New York and left thousands searching for immediate opportunities to earn income. Still, far too many workers in the gig economy live in a state of perpetual financial precarity. Few have access to the benefits that typically flow from full-time employment—including healthcare, worker’s compensation, paid leave, life insurance, retirement savings, and more.

In this op-ed for Times Union, CUF Editorial and Policy Director Eli Dvorkin and Winston C. Fisher, co-chair of the New York City Regional Economic Development Council, argue that rather than repeat California’s tumultuous past year, New York’s leaders should learn from it and deliver what voters are asking for: a bold plan to ensure that independent workers in all sectors can access universal, portable benefits, gaining financial security without losing flexible work.

This op-ed is part of the Center for an Urban Future's Middle Class Jobs Project, and builds on the Center's extensive research on human capital and the gig economy, including the op-ed "Securing the future of New York’s independent workers" and policy forum "Rethinking Public Benefits for the Future of Work."