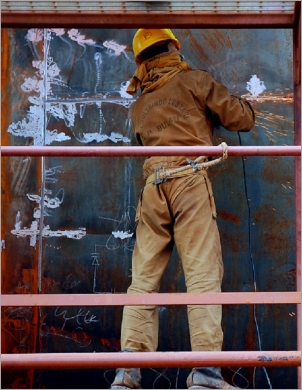 Op-Ed: To Grow Middle-Class Jobs, Shift Focus From Startup to Scale Up

New York City is humming with small-business activity. As small businesses expand, they create more mid-level positions and increase benefits for their workers, including paid sick leave, paid time off, and subsidized healthcare. When it comes to creating middle-income jobs in New York City, it’s time to think small.

Since 2008, the number of businesses employing fewer than 10 workers has increased by nearly 12 percent citywide and nearly 22 percent in Brooklyn. As small businesses expand, they create more mid-level positions and increase benefits for their workers, including paid sick leave, paid time off and subsidized healthcare. Average wages increase, too, from $49,091 for businesses employing fewer than 20 people to $68,024 for companies with 100 to 499 workers. But despite offering fertile ground for small businesses to take root, few of the city’s emerging companies are able to grow. Our research finds that for many of the city’s small businesses, each growth spurt makes operations more difficult to manage.

In this op-ed for City & State, Center for an Urban Future (CUF) Fisher Fellow Charles Euchner and Winston C. Fisher, partner at Fisher Brothers, co-chair of the New York City Regional Economic Development Council, and sponsor of the Center’s Middle Class Jobs Project, argue that when it comes to creating middle-income jobs in New York City, it’s time to think small. An aggressive strategy to scale up more of the city’s small businesses can help create a vital source of new middle-class jobs.

The op-ed follows publication of CUF's Scale Up New York: Creating Middle Class Jobs By Growing New York City's Small Businesses, which contends that a strategy to help small companies scale up is one of New York’s greatest unrealized opportunities for economic and employment growth—and one of the best chances to expand the number of middle-class jobs.