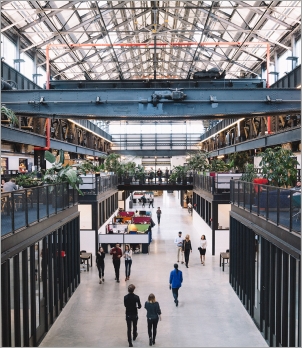 Start-Up Tech Growth in Major Cities Across the U.S.

This new analysis of tech start-up trends over the past decade reveals meteoric growth in tech start-ups in cities across the U.S., with some of the biggest increases occurring outside of traditional hubs.

This new analysis of tech start-up trends over the past decade reveals meteoric growth in tech start-ups in cities across the U.S., with some of the biggest increases occurring outside of traditional hubs.

The Center for an Urban Future (CUF) conducted a detailed analysis of data from Crunchbase—a leading global database that tracks tech-enabled start-ups using a mix of public, private, and self-reported sources—showing that 13 hubs experienced at least a 200 percent increase in the number of start-ups between 2008 and 2018. While San Francisco and New York City experienced the fastest growth, numerous other cities shared in the growth.

These regions have captured a significant share of the growth occurring in the innovation economy—a set of industries fueled by technology, creativity, and invention that is driving much of the nation’s high-wage job gains. 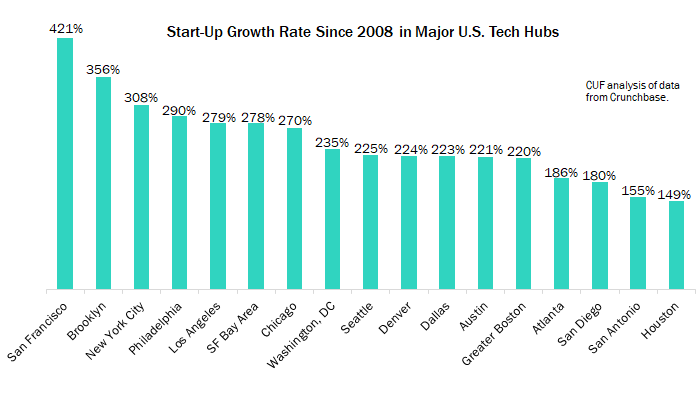 Start-Up Tech Growth in Major Cities Across the U.S. is a publication of the Center for an Urban Future. Researched, written, and edited by Jonathan Bowles, Eli Dvorkin, Naomi Sharp, and Charles Shaviro. Additional research by Owen Patterson. Designed by Rachel Wolfe.


Startups fight provision that could block them from rescue