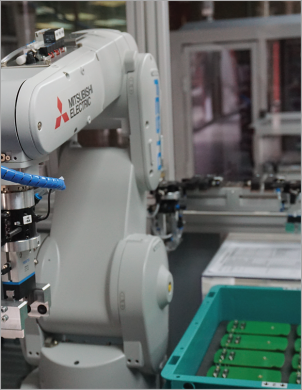 On September 6, Mayor de Blasio published an op-ed in "Wired" laying out his vision for a "robot tax." While we applaud the mayor's commitment to helping workers displaced in the transition to a more automated economy, what’s needed is a massive new investment in up-skilling and lifelong learning.

We applaud Mayor de Blasio for advancing a federal policy proposal to help workers displaced in the transition to a more automated economy. It’s critical for the next president to get ahead of automation and help the millions of Americans whose jobs will be transformed or eliminated. But we have questions about whether a robot tax is the right step.

What’s needed is a massive new investment in up-skilling and lifelong learning, and there’s no reason why New York City can’t lead the way. As our research has shown, nearly 500,000 jobs in New York City are highly vulnerable to automation. Instead of a national robot tax, Mayor de Blasio should develop a New York City plan to tackle automation. Earlier this week, we published an op-ed urging the mayor and other city leaders to establish an Automation Preparation Plan for the five boroughs. Among other things, we argued that such a plan might entail: investing in expanded training options for incumbent workers, creating an online community college geared to adults in the workforce, scaling up tech training programs, and establishing city-sponsored Lifelong Learning Accounts.

The Center has written extensively about the potential impact of automation in New York and the need to prepare the many New Yorkers whose jobs will be eliminated or transformed as a result of automation. For more of our research, please check out: