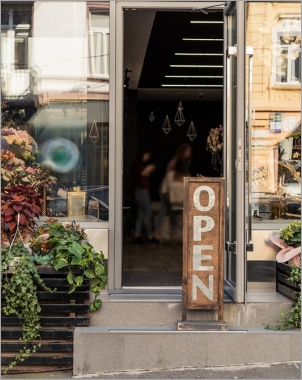 In this Daily News op-ed, CUF Executive Director Jonathan Bowles and Vice President of Global Philanthropy for JPMorgan Chase Jeanique Druses make the case for why city and state leaders should embrace the opportunity to strengthen pathways to entrepreneurship for formerly incarcerated New Yorkers.

In this Daily News op-ed, CUF Executive Director Jonathan Bowles and Vice President of Global Philanthropy for JPMorgan Chase Jeanique Druses make the case for why city and state leaders should embrace the opportunity to strengthen pathways to entrepreneurship for formerly incarcerated New Yorkers. You can read the full op-ed below or here.

Bail reform, police accountability, the crisis at Rikers Island: Much of the focus on criminal justice in recent years has been on policing, incarceration and the courts. Even as these challenges persist, much more attention is needed on the flip side of the justice system, where new policies and investments can help reduce recidivism among those reentering their communities after serving time. To that end, city and state leaders should embrace the opportunity to strengthen pathways to entrepreneurship for formerly incarcerated New Yorkers.

Each year, approximately 10,000 New York City residents are released from state prisons and return home. For these New Yorkers, securing a reliable source of income is a crucial first step toward successful reentry, and a key to mitigating the chances of re-offense. Sadly, however, nearly half of all formerly incarcerated people report no earnings during the first year after their release.

This is not a surprise. Even in prosperous economic times, New Yorkers returning home from incarceration face daunting job prospects. Typically, they are at the very back of the line among those applying for jobs, especially when those jobs pay decently. Today, the situation is even worse, with citywide unemployment rates roughly double what they were before the pandemic and an economic downturn that has been especially damaging in Black and Latino communities where incarceration rates are highest.

Given the long odds of securing stable employment, city and state policymakers need to implement policies and strategies that help returning citizens earn income. Expanding support for reentry entrepreneurship is both the most effective and feasible way of doing so.

The transformative impact of entrepreneurship is backed by mounting evidence. Reentry entrepreneurs out-earn formerly incarcerated people who never took part in entrepreneurship, whether they start businesses or ultimately choose to pursue employment. They are also 33% less likely to reoffend.

Although many formerly incarcerated New Yorkers start ventures or turn to self-employment, enormous potential exists to help more aspiring reentry entrepreneurs start up and succeed. A strong entrepreneurial spirit already runs through the city’s formerly incarcerated population: New research by the Center for an Urban Future finds that up to 40% of returning New Yorkers participating in reentry programs are interested in entrepreneurship and self-employment. But immense hurdles mean that far fewer take the leap.

Starting a business presents myriad challenges for anyone, but those faced by formerly incarcerated entrepreneurs extend well beyond the norm. These include probation and parole conditions that limit the time and ability to focus on entrepreneurship; unique barriers to accessing credit; shockingly high costs for essentials like business insurance; and an overwhelming likelihood of returning on the wrong side of the digital divide, without adequate technological fluency.

Making these barriers even harder to overcome is a striking lack of support for reentry entrepreneurship from city and state government. Just two of 50 prisons across New York State offer classes in entrepreneurship. Although nine of 24 city-funded Alternative to Incarceration programs offer job training or employment services, none offer support specifically for entrepreneurship. And fewer than five New York City programs are designed to help people transitioning back to their communities to launch their own ventures, none of which receive city or state funding for entrepreneurship training.

New York City is still nearly 300,000 jobs below its pre-pandemic peak — a harsh economic reality that makes this an ideal moment in which to boost city and state support for returning New Yorkers who are seeking to generate income through entrepreneurship. Even a relatively small investment could have a big impact. City leaders should commit to providing 2,500 returning citizens with entrepreneurship training over the next five years; launch the city’s first entrepreneurship training program tailored to returning citizens; increase access to capital available to support returning citizen entrepreneurial ventures. Meanwhile, state leaders should bring entrepreneurial education to every correctional facility in New York and the Assembly should take up legislation that just passed the Senate that would seal and expunge criminal records, allowing for increased access to employment as well as small business loans, licenses and business insurance.

By strengthening pathways to entrepreneurship for formerly incarcerated New Yorkers, city and state leaders can help reduce recidivism rates and boost long-term earnings, while sparking wealth creation in communities of color disproportionately affected by the long shadow of incarceration.

This op-ed builds on the Center's ongoing research on entrepreneurship, including Starting Up & Staying Out: Reducing Recidivism and Expanding Economic Options By Supporting Pathways to Entrepreneurship for Formerly Incarcerated New Yorkers.