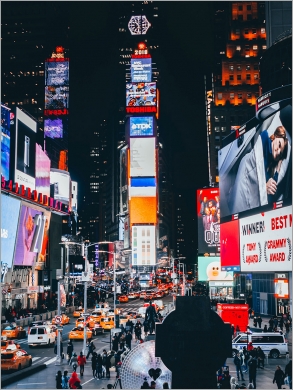 In this testimony before the NYC Council Committee on Economic Development and Cultural Affairs, Libraries and International Intergroup Relations, CUF data researcher Charles Shaviro and policy director Eli Dvorkin outline what the city will need to do to help lay the groundwork for a long-term tourism recovery.

Before the NYC Council Committee on Economic Development and Cultural Affairs, Libraries and International Intergroup Relations

My name is Charles Shaviro. I am the data researcher at the Center for an Urban Future, an independent think tank focused on expanding economic opportunity in New York City.

I’ll be sharing testimony prepared for today’s hearing by our policy director, Eli Dvorkin. Thank you for the opportunity.

No part of New York City’s economy has been hit harder by the COVID-19 pandemic—or is facing a longer road to recovery—than the tourism sector. The crisis has brought the tourism economy to a near-standstill after years of record growth that had made it one of the city’s leading drivers of job creation.

Our research at the Center for an Urban Future has shown just how important tourism has become as a source of middle-income and accessible jobs for New Yorkers across the five boroughs.

Prior to the pandemic, 91 percent of the jobs in tourism were accessible to New Yorkers without a bachelor’s degree. The city was home to nearly as many hotel jobs, which pay $62,000 per year on average, as jobs in manufacturing, which pay an average of $58,000.

More than 65 percent of New York City residents who work in tourism-related industries are people of color and 54 percent are immigrants—a higher share than in the rest of the city’s economy.

Although most of these jobs are concentrated in Manhattan, the tourism workforce is distributed across the entire city. For example, 81 percent of hotel workers live in the four boroughs outside Manhattan, where dollars earned in the tourism sector have a significant local impact.

Now the sector faces a deeply uncertain road to recovery, amid catastrophic declines in visitors, revenue, and employment.

Since March, jobs in tourism-related industries have experienced among the city’s steepest declines—down 50 percent in traveler accommodations, 45 percent in ground passenger transportation, 66 percent in clothing stores, and nearly 70 percent in the performing arts.

Given how important tourism has become to the city’s economy, the city will need to do more to help lay the groundwork for a long-term recovery. To start, NYC & Company will have to build on and expand the promising “All in NYC” campaign and take the city’s local and regional marketing efforts to the next level—and it will require support from the City Council to do so.

For instance, the Council and the Mayor’s Office should work together on new discount and incentive programs designed to turn out New Yorkers to become tourists in their own city. The city can draw inspiration from Montreal’s Passport Attractions program, which is spurring locals to visit tourist attractions, and the UK’s “Eat Out to Help Out” scheme, which provided a government-backed 50 percent discount for dining out at local restaurants on Monday, Tuesday, and Wednesday nights in August.

The Council can build on the effective Open Streets for Restaurants initiative by expanding this free, online permitting system to work for cultural organizations and performance venues of all sizes—an approach that could help these hard-hit venues generate much-needed revenue while serving as an attractor to boost visitation in commercial hubs like Midtown.

The Council could also direct the creation of a new initiative enlisting New York City’s creatives to promote the city. This Works Progress Administration–style program could hire out-of-work artists and creatives to respond to the “All in NYC” brief—but interpret it with their own individual spin.

To ramp up these efforts, NYC & Company will need a new level of support to broadcast New York’s public health success story, and change the popular narrative. The Mayor and City Council should increase baseline funding for NYC & Company as part of a recovery strategy and work with the state to pilot a consistent stream of future revenues, such as dedicating a small portion of taxes from hotel and other accommodations stays to fund tourism marketing and promotion.

Thank you for the opportunity to testify today, and for bringing attention to this vital part of the city’s overall recovery strategy.