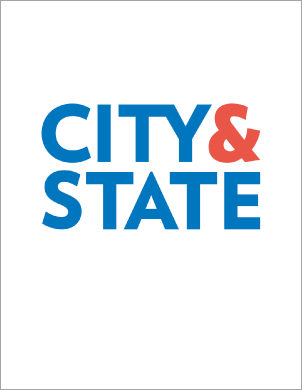 In this op-ed in City & State , CUF researcher Christian González-Rivera argues that while Governor Cuomo has put education at the forefront of his Opportunity Agenda, his plan is missing a door to opportunity for the large and growing number of part-time college students in New York who struggle to finish their degree with almost no access to financial aid.

Gov. Andrew Cuomo has rightfully put education at the very center of his Opportunity Agenda, stressing that economic development strategies from Buffalo to Manhattan should include well-trained, educated workers to catalyze economic growth. But his plan is missing a door to opportunity for the large and growing number of part-time college students in New York who struggle to finish their degree with almost no access to financial aid.

College is more important than ever in today’s knowledge-based economy and working adults are responding by returning to school in droves. Yet TAP’s eligibility guidelines are still stuck in a time when the vast majority of students were recent high school graduates attending college on a full-time basis. As it is, only 35 percent of those who enter New York State’s community colleges depart with a degree after six years, and access to financial aid is a big part of what these students need to graduate.

As President Obama rolls out his ambitious agenda to make community college free nationwide—something that is already a reality in Chicago and Tennessee—New York’s outdated eligibility restrictions effectively bar part-time students from receiving financial aid unless they are willing to quit their jobs or put aside life responsibilities to study full time.

While New York isn’t likely to follow Chicago and Tennessee’s bold path during this year’s budget cycle, policymakers can take a significant, cost-neutral step toward modernizing TAP by initiating a pilot program that would offer financial awards to students based not on full- or part-time registration status as it is now, but on a pro-rated system linked to how many credits they are taking.This reform would put TAP in line with the federal Pell Grant program’s awards system and allow students to take only the number of credits they can handle based on the demands of their non-school responsibilities.

Education experts can then use performance data from pilot participants to make the case for future reforms to the program. The pilot could be paid for with funds already earmarked for the state Aid for Part Time Students (APTS) program.

Ensuring that students who can only attend college part time are still able to earn the education they need is a strategy that makes sense. And while it will require an investment of capacity and money—not to mention political will—a pilot paid for with existing funds would demonstrate that broader access to financial aid can produce more successful college graduates who are ready for today’s workforce.