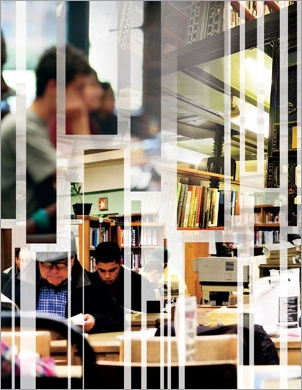 In this testimony before a City Council hearing, the Center’s Jonathan Bowles points out that while New York’s libraries are more important than ever, the branches’ physical infrastructure hasn't kept pace. And with little capital dollars coming from the city, he argues that library administrators are smart to consider alternative ways of renovating branches.

Good afternoon. Thank you for inviting me here today. I am especially grateful to have the opportunity to testify before this committee about an institution that is so important to the city's future: the public libraries.

My name is Jonathan Bowles and I am the executive director of the Center for an Urban Future. I should point out that the Center for an Urban Future is not a library advocacy organization, but a non-partisan think tank that publishes reports about critical challenges and opportunities facing New York City. In recent months, we have published studies about the aging of New York’s immigrant population; how New York’s community colleges have become critical platforms for economic mobility; and the importance of expanding and improving workforce development programs in New York.

But whether we are writing about New York’s alarming skills gap, the challenges facing the city’s immigrants, how New York must plan for the aging of the city’s population or the digital divide, there’s one institution that comes up again and again: libraries.

As we documented in our Branches of Opportunity report earlier this year, the 206 branch libraries across the five boroughs have become the go-to places for those who lack the essential literacy, language and technological skills needed to get ahead today. They are helping adults upgrade their skills and find jobs, assisting immigrants learn English, fostering reading skills in young people and providing technology access for those who don’t have a computer or an Internet connection at home.

In short, at a time when far too many New Yorkers are struggling to make the transition to today’s knowledge economy, no institution is doing more to bridge the gap than the city’s public libraries.

And don’t just take my word for it. More New Yorkers are using the city’s libraries than ever. As we showed in our report, over the past decade, circulation at the city’s three public library systems is up 59 percent while program attendance is up by 40 percent.

Despite all of this, the libraries’ physical infrastructure hasn’t kept pace. Though demand for library resources has never been higher, branches across the city are suffering from decades of neglect and underinvestment. The city’s three public library systems have over $1.5 billion in construction needs, including hundreds of millions in deferred maintenance costs.

In Brooklyn alone, the average branch is more than 60 years old and there are 18 Carnegie branches that were built more than 90 years ago. The borough’s libraries have more than $230 million in outstanding maintenance needs.

Although several branches citywide—from the new Jamaica Central Branch to the Bronx Library Center—have undergone much-needed renovations in recent years, too many community libraries across the city remain in bad shape. Dozens of branches across the city need to replace ailing mechanical equipment, patch roof leaks, and ensure ADA compliance, to say nothing of the physical upgrades that could dramatically improve the services they offer to the public.

All three systems receive extremely small amounts in general capital allocations every year and have to rely on the discretionary funds of individual elected officials in order to complete the lion’s share of work they need done.

The city’s three public library systems recognize the need to reinvest in their physical infrastructure. But they have gotten little help. Whereas Chicago used city funding to rebuild or repair most of its 79 branch libraries and other cities such as Seattle, San Francisco and Washington, DC have all made big public investments in renovating their branch libraries, there has been no similar commitment to fund capital improvements in New York.

A big part of the problem is that the city’s system of funding capital projects for libraries is broken. All three systems receive extremely small amounts in general capital allocations every year and have to rely on the discretionary funds of individual elected officials in order to complete the lion’s share of work they need done. This system has created huge problems for the libraries, since it requires them to cobble together funds from multiple sources over many different budgets. While the libraries hunt for money, problems are left to fester, leading to higher costs down the line.

This system absolutely needs to change in the next mayoral administration. But because the city has been under-investing in the branches for decades, if not generations, the libraries are also smart to look for ways to raise capital funds beyond what they are likely to get from the city.

To be sure, selling branch buildings to private developers should be undertaken with extreme care and caution, but in select cases doing so make a lot of sense.

First, raising fifty or even one hundred million dollars through the sale of select branches would allow the libraries to make strategic investments in buildings across the city, dramatically improving conditions and services where it is needed most. Second, in select areas, co-locating branches in new residential towers could be an effective way to improve services even while reducing operating and maintenance costs. Any loss in square footage should not be an overriding consideration, since many older branch buildings are not only extremely costly to operate they don’t make efficient use of space. Third, it could allow the libraries to replace branches that are located in out-of-the way areas with new libraries in high-traffic pedestrian corridors, thereby expanding their reach in the community. Many of the city’s older branches were built over 100 years ago when many of the city’s neighborhoods looked very different than they do now. A number of branches are awkwardly located near highways or are otherwise stuck in areas with few pedestrians.

The proposed sale of the Brooklyn Heights branch, for instance, would replace an older 60,000 square foot building that has more than $9 million in capital needs with a 20,000 square foot library inside a residential tower. Depending on the design of the new library, 20,000 square feet should be plenty of space for a dynamic neighborhood library—in fact, it could pave the way for dramatically improved services by creating spaces for group work and classes even while providing improved conditions for freelancers and others who want a quiet space for work and study.

Many older branches were designed to accommodate solitary readers rather than classes and group work and tend to use way too much space for storing books. Because library patrons can order any book in the system and have it delivered to their local branch, not every branch building needs a lot of shelving. Moreover, as was documented at great length in our Branches of Opportunity report, more and more patrons want to participate in educational and cultural programming, but physical constraints have put a firm cap on how much of it the libraries can offer.

As we showed in our report, there is a strong correlation between the condition of branches and the number of people using them. It’s no coincidence that the alluring Flushing library has the highest annual circulation in the city and one of the highest in the nation. When the High Bridge branch in the Bronx opened in 2010 after undergoing major renovations, circulation shot up by 170 percent while program attendance rose 275 percent. Similar bumps occurred after renovations at the St. Agnes branch in Manhattan and Corona branch in Queens.

The city needs to do more of these branch renovations and find a new way to fund the upkeep of these invaluable institutions. Among other things, the city should raise the general capital allocation for the libraries and take the bolder step of helping the libraries build an ambitious, long-term capital plan to address critical maintenance issues and bring aging branches into the digital age.

Until the city takes these steps, the city’s library systems are smart to develop alternatives for addressing its crumbling infrastructure.

This testimony was given by Jonathan Bowles, executive director of the Center for an Urban Future, before the NYC Council's Committee on Cultural Affairs,Libraries and International Intergroup Relations on September 30, 2013.