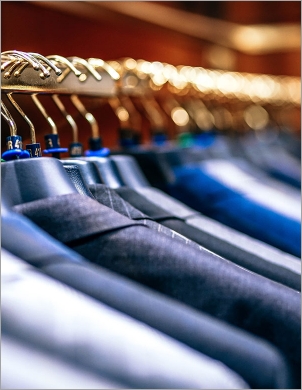 The Future of the Garment Center

In this testimony before the New York City Council Subcommittee on Zoning and Franchises, CUF Executive Director Jonathan Bowles details his support for a more calibrated plan to preserve what’s left of the unique fashion ecosystem in Manhattan’s garment district.

before the NYC Council Subcommittee on Zoning and Franchises

The New York City Council is considering a plan that would remove longstanding zoning protections for Manhattan’s Garment Center while establishing new tools to support the city’s beleaguered apparel manufacturers. Among other things, the plan—which was put forth by City Council Speaker Cory Johnson, Manhattan Borough President Gale Brewer, and the city’s Economic Development Corporation—would include $20 million in city funds to purchase a building in the district for dedicated garment production space, create a new tax break for owners that agree to lease space to manufacturers at a maximum rent of $35 per square foot, and create new rules to curb future hotel construction in the area.

I believe the plan is worth supporting. A couple of decades ago, I would have argued that the way to support the apparel manufacturing industry was through stronger enforcement of the special zoning protections in the garment district. In fact, in 2000, the Center published a report arguing just that. But I think a different approach is required today. When I authored that report in 2000, I honestly thought that the garment industry’s job losses were hitting bottom. That hasn’t been the case. Since 2000, the city’s apparel manufacturing industry has lost another 102,015 jobs. The broader manufacturing sector in New York City lost of total of 102,063 jobs during the same period, meaning that apparel accounts for 99.9 percent of all manufacturing job losses in the city. During the same 18-year period, private sector jobs in the city increased by 750,000. Even in the last few years, the steady job losses in the apparel manufacturing sector have continued. In the last 12 months, employment in apparel manufacturing declined by 1,000. The year before that, the sector lost 900 jobs. The previous year, it was 1,700 jobs. Sadly, the special district no longer reflects the realities of today’s garment industry. It also fails to reflect another reality in New York’s economy: that there are loads of companies in other important—and growing—sectors that would greatly benefit from being in the garment district.

Architects, tech startups, entertainment companies, arts organizations, and many others have already started moving to the district. These companies hail from sectors that are also very important to New York’s economy, and today the garment district offers them some of the most affordable office rents in the borough—especially as rents are steadily rises in the Flatiron District, Union Square, Chelsea and other neighborhoods that once offered more affordable prices.

It’s only a good thing for New York’s economy if more firms like these are able to locate in the Garment District. While it no longer makes sense to preserve the special district, it is worth supporting a more calibrated plan to preserve what’s left of the unique fashion ecosystem in Manhattan’s garment district. After all, the fashion industry is hugely important to New York City’s economy. As just one example, New York City is home to roughly 28 percent of the nation’s fashion designers. And the city’s share has been increasing in recent years.

Those designers—and the city’s broader fashion industry—benefit greatly from having companies that produce garments right here in New York. For that reason—and because there are still nearly 12,000 jobs in the city’s apparel manufacturing sector that pay about $57,000 a year on average—it is worth supporting the city’s plan to change the garment district’s zoning protections while supporting New York’s remaining garment manufacturers.