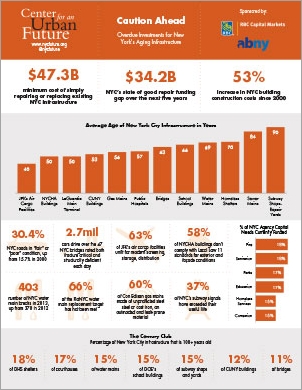 Data from Caution Ahead

Charts and tables from our Caution Ahead report which found that while Superstorm Sandy focused much-needed attention on key pieces of New York City’s infrastructure, the city faces a number of other infrastructure vulnerabilities that have little to do with storm-preparedness—from aging water mains and deteriorating roads to crumbling public schools. If left unchecked, they could wreak havoc on the city’s economy and quality of life. 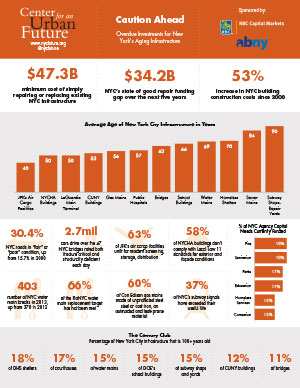 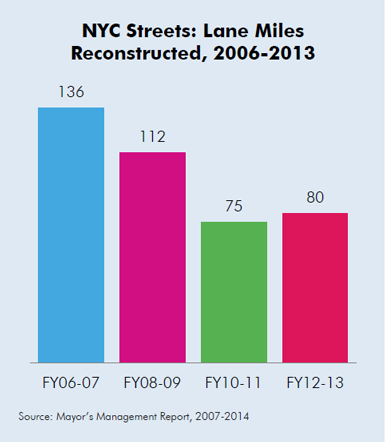 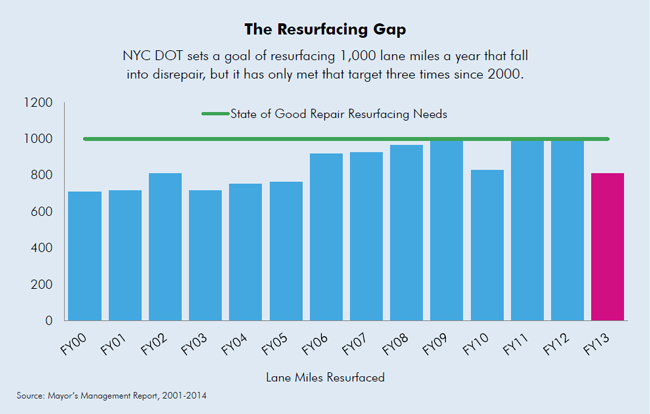 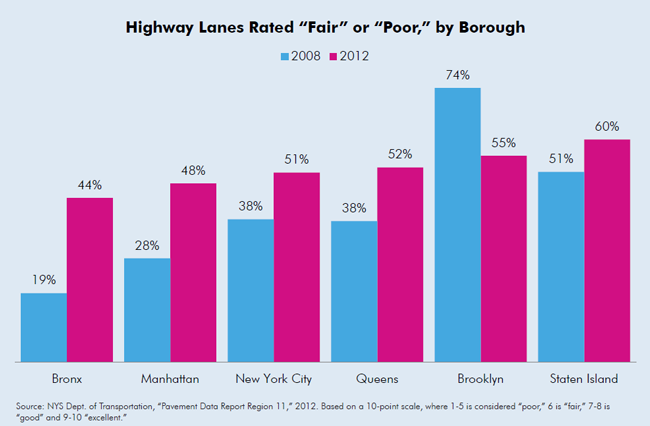 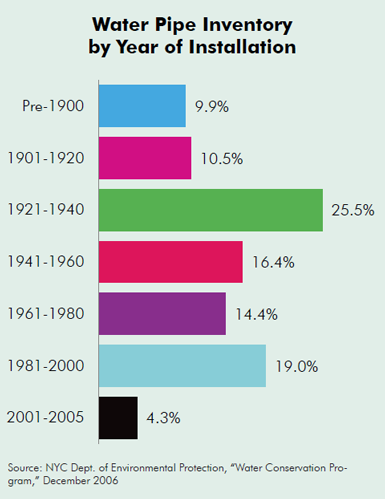 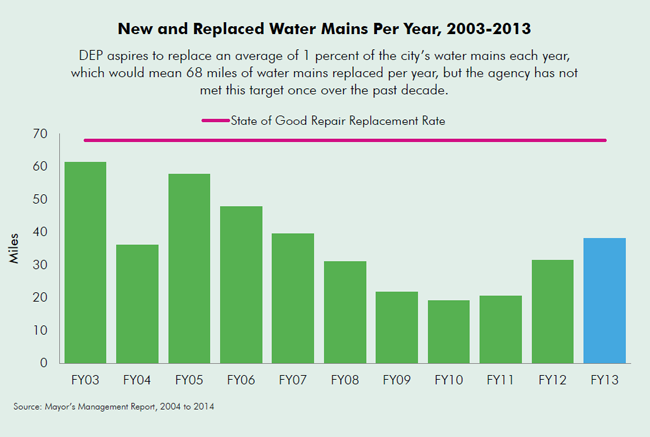 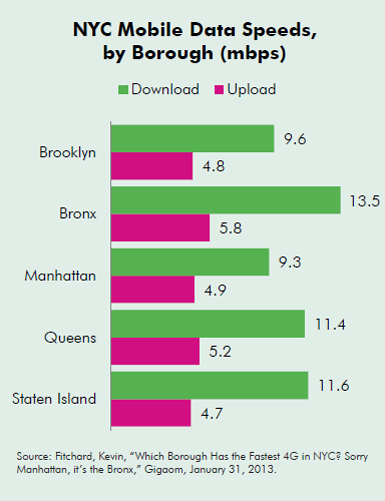 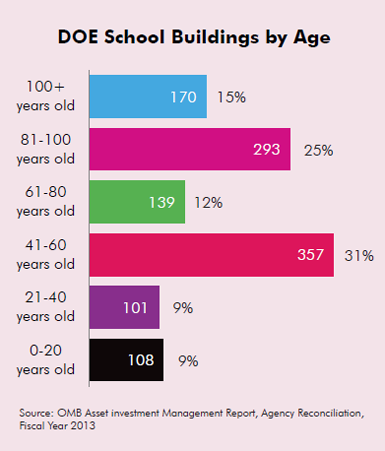 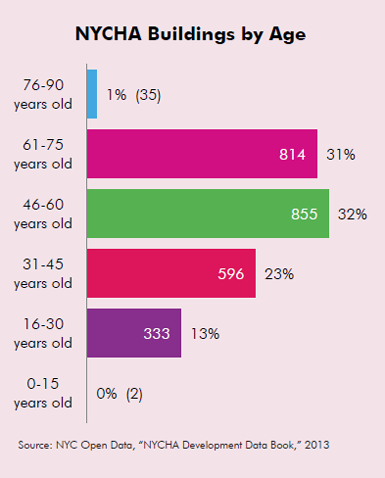 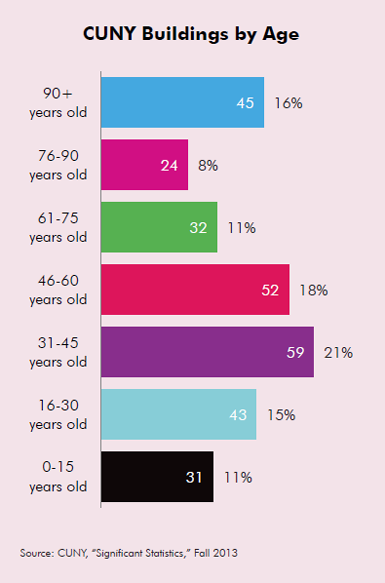 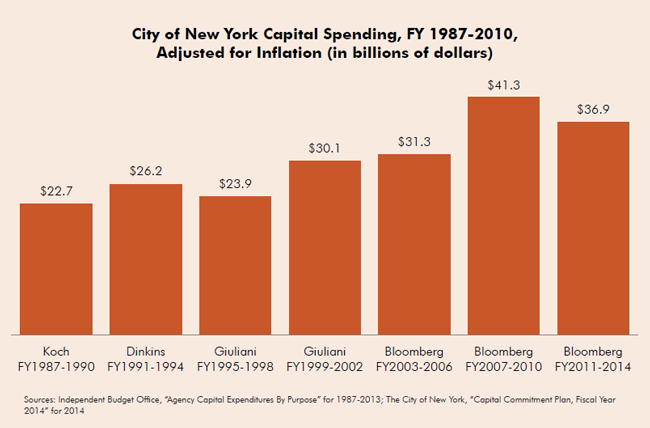 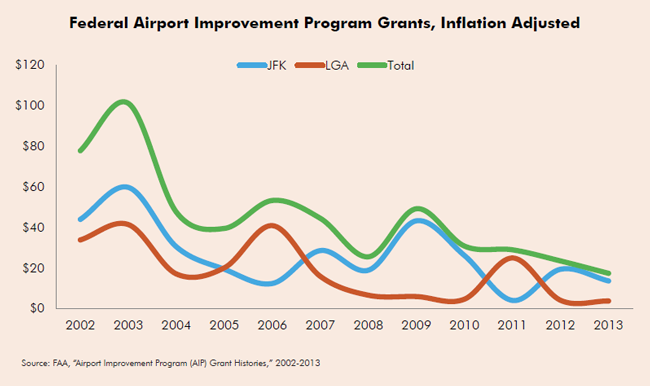 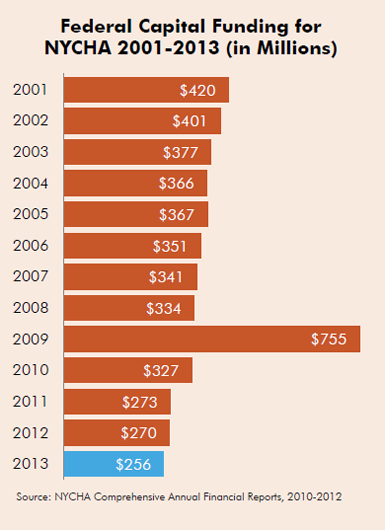 More than half of city’s worst roads located in Queens: Report

Report: Our Infrastructure is Really Not Great

Harlem Tops List of Neighborhoods With Streets in Bad Shape

Op-ed: The city, crumbling beneath our feet

Video: Aging NYC: Uncovering the hidden dangers below, above and around us

New Protocol Will Put FDNY on All Gas Leak Calls

#AskVinSI: How does the city plan its road paving schedule?

NYC Infrastructure Repairs Could Cost $47B Over 5 Years

Early dismissal for some schools Wednesday due to excessive heat

Op-Ed: What New York (and Other Cities) Can Do to Fix Their Aging Infrastructure

Video: Bursting at the Seams

Gas Infrastructure Is Falling Apart in Cities Around the Country

Op-ed: This is no time to cut road funding

Why New York City Streets Keep Exploding, and You Can’t Predict Where’s Next

Too Soon for Answers in Harlem

Guests on The Infra Blog: Jonathan Bowles & Adam Forman of the Center for an Urban Future

How co-ops and Con Ed are transforming Riverdale

Explosion in Harlem: how does a gas leak turn a building into rubble?

City’s infrastructure repair pegged at $47B

Panel: NYC Electeds Need to Get Serious About Funding Infrastructure

City needs $50B for infrastructure: study

Natural gas infrastructure a concern in Utah too

Our Aging and Dangerous Urban Infrastructure

Without Action From Cuomo, Subways Doomed to Endless State of Disrepair

The Leakiest Gas Pipes In The Nation

NY ignores infrastructure at its peril