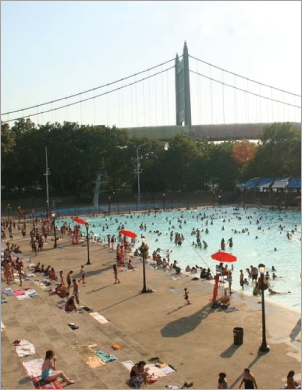 Parks Facilities, How the Boroughs Compare

New York is home to the country’s oldest, busiest and most expansive parks. These facilities, however, are not equally distributed across the city’s neighborhoods and boroughs. In this data brief, we look at the per capita distribution of Department of Parks and Recreation pools, tennis courts, handball courts and baseball diamonds.

As summer temperatures peak, New Yorkers are flocking to city parks for swimming, sunbathing and sports. New York is home to the country’s oldest, busiest and most expansive parks, including seven of the nation’s 25 oldest and six of the 25 most visited. In all, the Parks Department maintains over 29,000 acres of property, covering 14 percent of the city and encompassing more than 1,000 playgrounds, 800 athletic fields, 550 tennis courts, 14 miles of beaches, 13 golf courses, and four zoos. 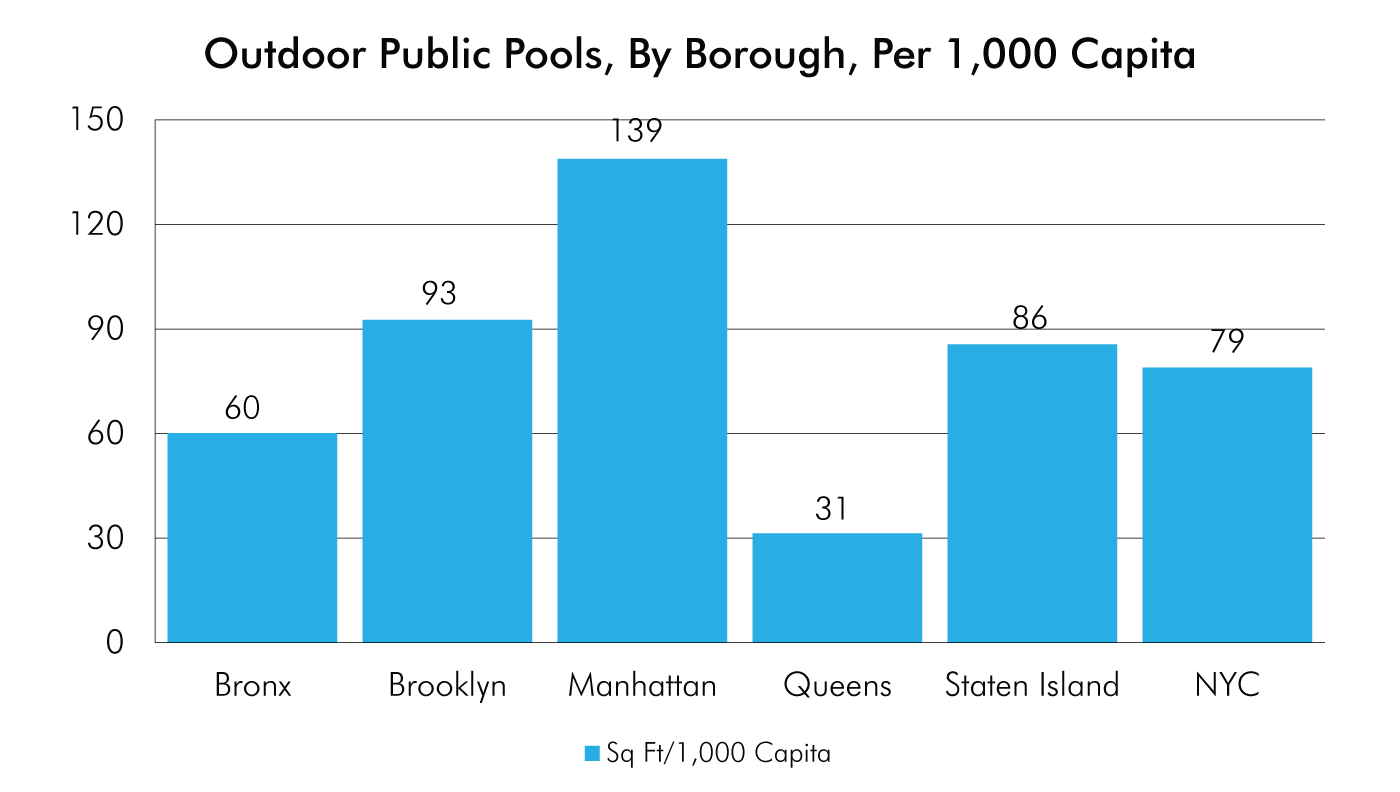 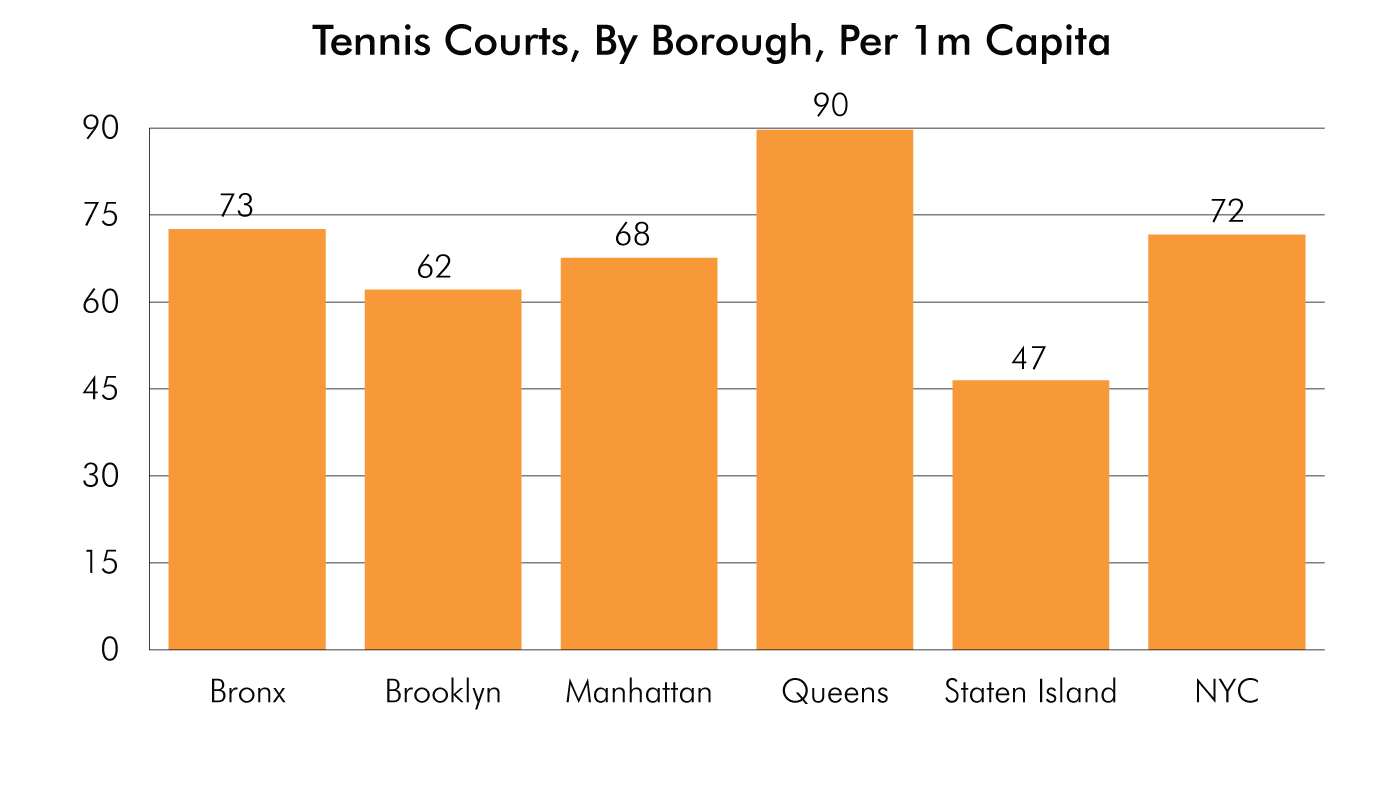 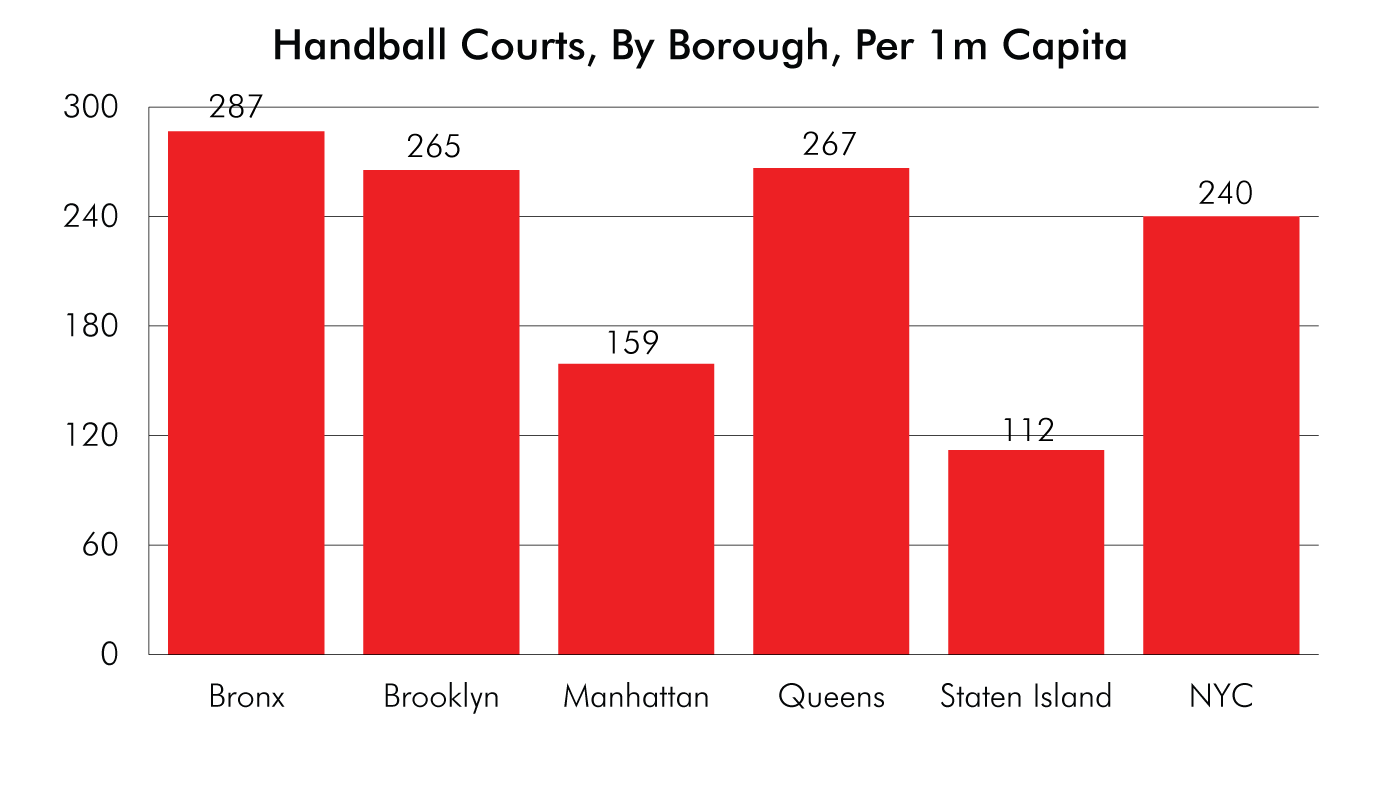 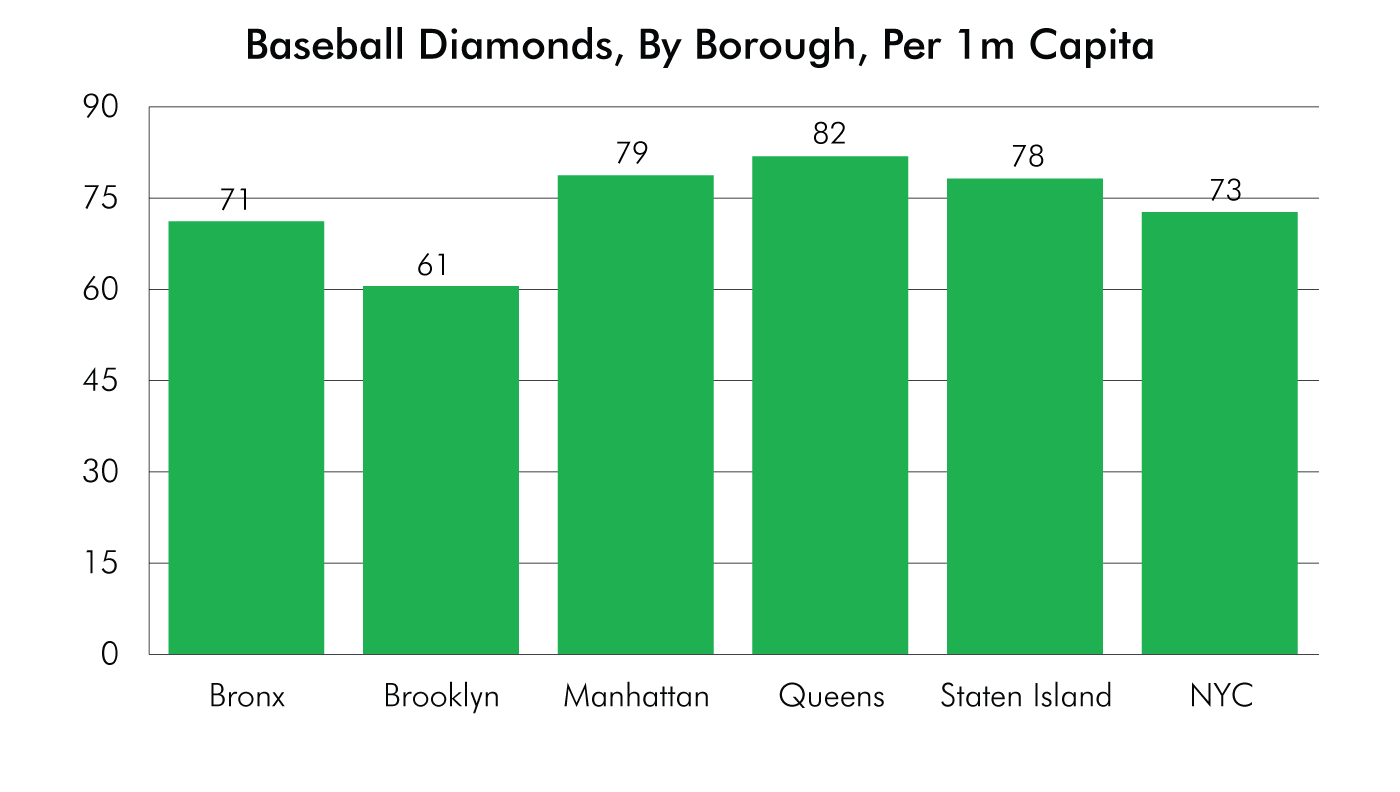 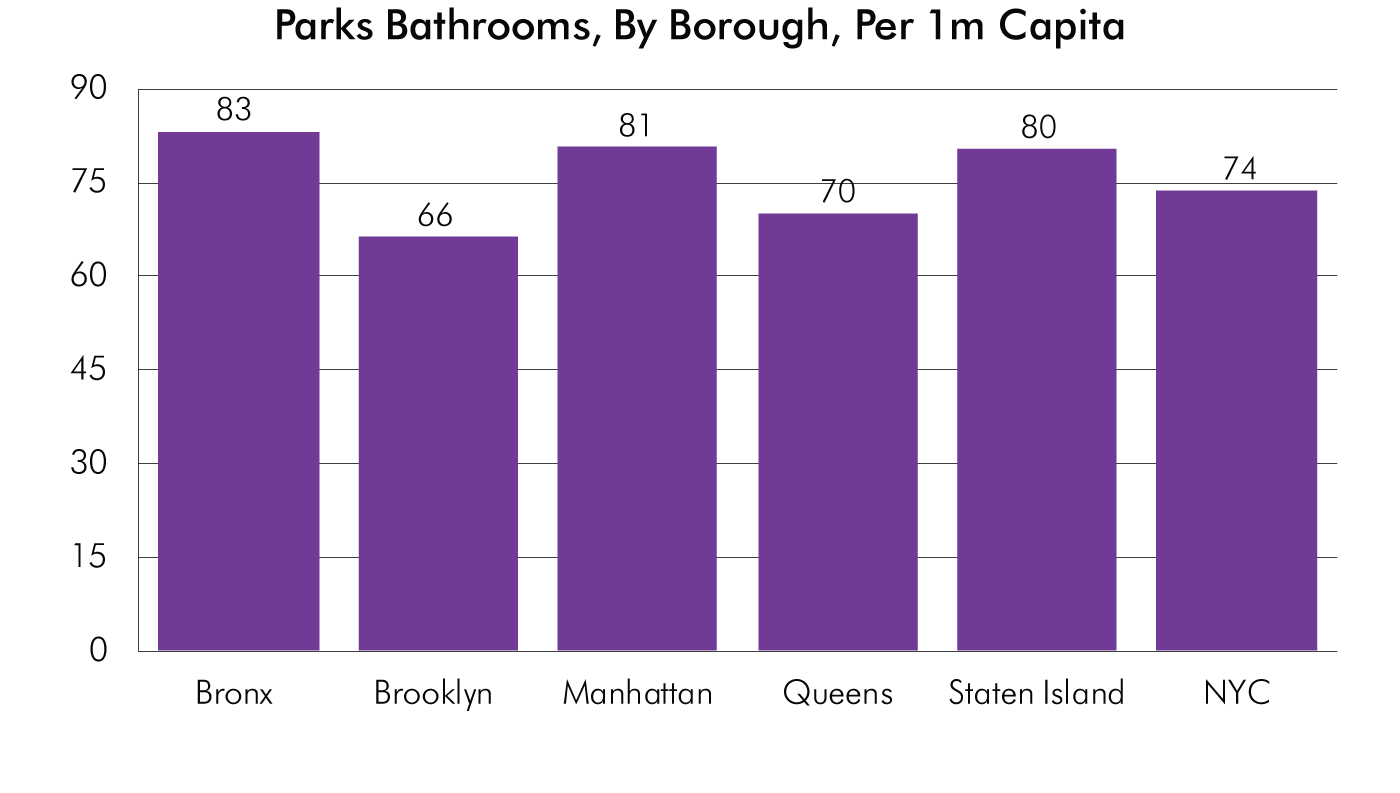 Source: this data is from the New York City Department of Parks & Recreation: http://www.nycgovparks.org/facilities

This data analysis was written by Adam Forman. Design by Amy Parker.


Boro has the most public tennis courts in city

The upside down: inside Manhattan’s Lowline subterranean park

City Council Holds Another Hearing on the Parks Capital Process

Boro has the most public tennis courts in city
Times Ledger

The upside down: inside Manhattan’s Lowline subterranean park
The Guardian

Boro has the most public tennis courts in city
Times Ledger

The upside down: inside Manhattan’s Lowline subterranean park
The Guardian