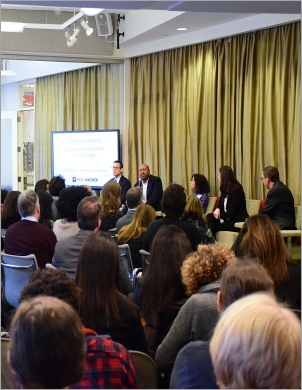 On February 13, 2017, the Center for an Urban Future and NYU Wagner with support from the Citi Foundation hosted a forum to explore a crucial question: With a change of leadership in Washington, will cities be able to maintain—or even accelerate—the pace of progress?

Monday’s “Driving Innovation” forum, hosted by the Center for an Urban Future and NYU’s Wagner School of Public Service, brought together more than 120 policymakers, thought leaders, and nonprofit practitioners to explore a crucial question: With a change of leadership in Washington, will cities be able to maintain—or even accelerate—the pace of progress?

The forum expanded on a report, Innovation and the City, produced last year by the Center and Wagner, with support from the Citi Foundation, that highlighted 15 bold urban policy innovations from around the globe. Drawing from a well of personal experience and expertise, the panelists—former Philadelphia Mayor Michael A. Nutter; Christiana McFarland, research director of the National League of Cities; Mindy Tarlow, director, Mayor’s Office of Operations; Josh Moskowitz, director of global public affairs at Citi; and moderator Neil Kleiman, director of NYU Wagner Innovation Labs—affirmed that cities have always been at the forefront of civic and social ingenuity. 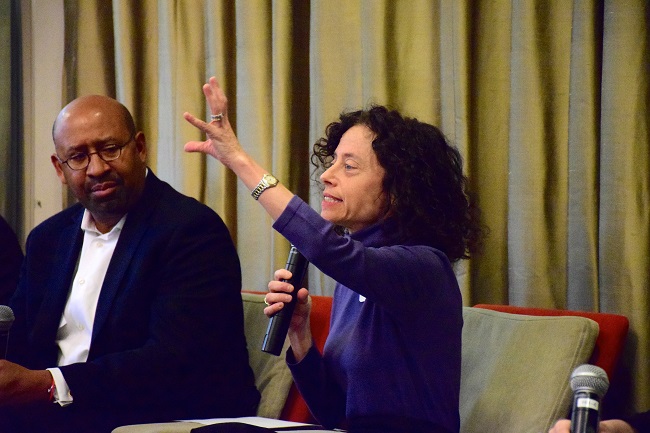 New times call for new tactics, though, and the panelists argued that sustaining progress demands a new level of collaboration and coordination. In addition to the 15 proposals from our innovation report, Monday’s event advanced at least two more fresh ideas for urban leaders to consider at this moment of national and global uncertainty:

During their opening remarks, a few of the panelists mentioned how cities’ policy successes largely derive from their on-the-ground experience and expertise. Mayor Nutter put an even finer point on it: “Cities—it’s not that we’re closer to the ground. We are the ground.”

This proximity to the public feeds local leaders with new ideas, ideas they will need more than ever given Washington’s shifting priorities. They cannot go it alone, however. It's never been more important to harness the full power and potential of public-private partnerships—including academia, philanthropy, and the business community—to invest in new solutions and work with government to scale them up.

Neil Kleiman joked that as much as the #resist hashtag is defining the current moment on social media, in the current era, #collaborate may be even more important. McFarland noted that innovation requires risk, but governments are inclined to avoid risks at all costs, so it falls to public-private partnerships to help drive innovation.

“I think we’re seeing something the past 10 or 15 years that we haven’t before,” Kleiman said, “which is the private sector, and grant-makers, willing to take risks with local governments because they know that, for change to happen, it has to happen at that street level.” 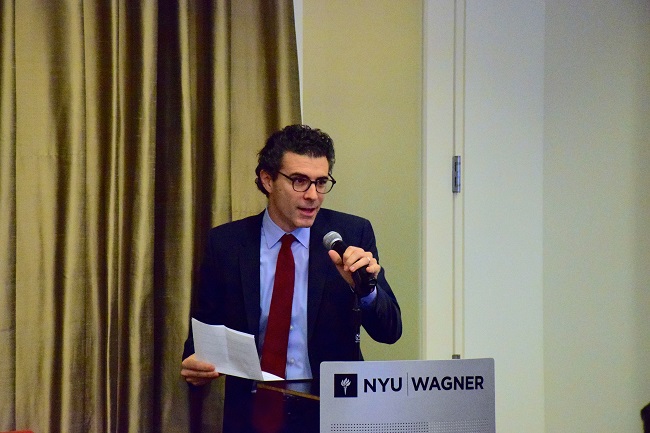 With this new approach, Nutter stressed that foundations must not only adjust their thinking but also their philanthropy.

“This idea of the three-year grant, in the current environment, it almost works—and we appreciate the money,” he said, to laughter. “But three years is not long enough to effect change, to really change behavior, and to really take some things to scale. Invest in a smaller number of places, for a longer period of time, stick with it. We’re really talking 10 to 15 years if you want to change something.

While businesses and nonprofits may help cities pilot new ideas and tackle age-old challenges, there is one strength that government has that remains unmatched, and that is reach. Mindy Tarlow, director of New York City’s Office of Operations, put forward a very simple model for how all cities and their supporters could work.

“If you focus on things that you think are promising: get a good public-private partnership that allows you to test [an idea] in a meaningful, data-driven way; and then use government resources to scale; and then share that practice with other cities and save them the trouble of having to redo everything you did—that’s the perfect lifecycle of innovation,” Tarlow said.

And so a small public plaza done by the Dumbo Business Improvement District gets translated to Times Square, and suddenly they are blossoming across the city. Or free WiFi in a few parks and coffee shops becomes, through Alphabet’s Sidewalk Labs, the LinkNYC citywide WiFi program.

These models do not work, as Tarlow briefly mentioned, without one key factor: reliable data. Another chief concern surrounding the new White House is what might become of the government’s central role in data gathering and analysis.

“Why would you not want data?” Nutter asked. 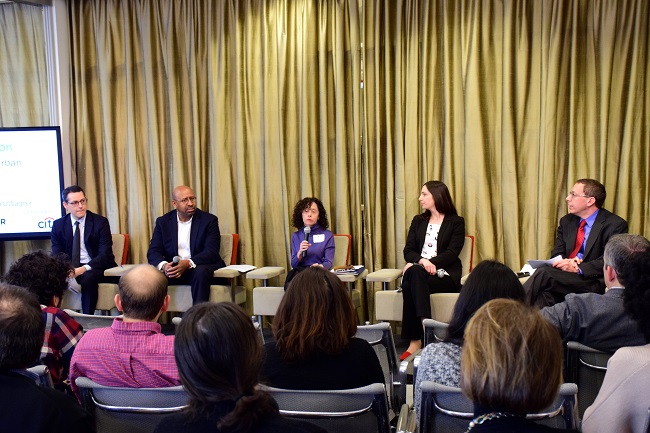 On issues ranging from climate change to block grants, data can be undermined for political purposes, but Tarlow emphasized just how critical it is to collect and leverage data to make better policy.

“Most cities are getting better at using data, at collecting data, at understanding what data means, we’ve made tremendous strides—data matters,” Tarlow said. “Whether it’s Census data or other data sets like that, data is the foundation of how we make a lot of our decisions and we’d have concerns if we could not get that data.”

As a number of panelists pointed out, data matters for private institutions, too, whether they are businesses, universities, or nonprofits. Making smart decisions requires the best possible information, and the private sector can play a crucial role in standing up for public data, helping to preserve the data that shapes smart policy and fuels innovation.

With added pressure comes more rapid innovation. As urban growth continues to explode around the globe, local leaders should collaborate across the public and private spheres to pilot promising ideas and take the best of them to scale. Factor in new uncertainty in Washington, and these partnerships are now more essential than ever.