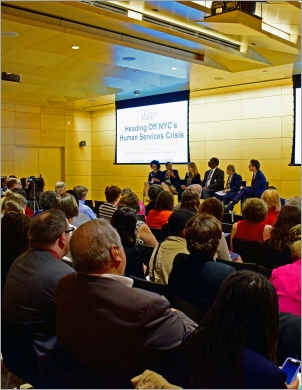 Nonprofit organizations are increasingly responsible for providing the essential services that form the backbone of the city's social safety set. But the viability of this arrangement is under threat as costs continue to rise while government contracts remain insufficient. A recent Center for an Urban Future forum explored the problem and offered ideas for developing a more sustainable future.

For all the essential work these nonprofits do—feeding the hungry, housing the homeless, supporting children and seniors, and providing pathways out of poverty—the city regularly pays less than the full cost of services rendered while continually adding to the client load. New York’s human services organizations are responsible for holding together the social safety net as public dollars continue to diminish, forcing providers to attempt more and more with less and less.

“They are living more and more like their clients—their clients live paycheck-to-paycheck, they live payroll-to-payroll,” lamented Allison Sesso, executive director of the Human Services Council of New York, during the Center for an Urban Future’s April 17th symposium at the New School, “Heading off New York City’s Human Services Crisis." Sesso was joined on the panel by Councilwoman Julissa Ferreras-Copeland, chair of the finance committee; Frederick Shack, chief executive of Urban Pathways; Jennifer Jones Austin, executive director of FPWA; Larry Lee, executive director of Womankind; and CUF's Jonathan Bowles. The symposium was generously supported by The Clark Foundation and The Leona M. and Harry B. Helmsley Charitable Trust.

Panelists pointed out that the nonprofit sector is both a critical provider of social services and a major employer in New York. As a whole, the sector employs some 200,000 New Yorkers, yet roughly 18 percent of these nonprofits are insolvent and 50 percent face deficits. 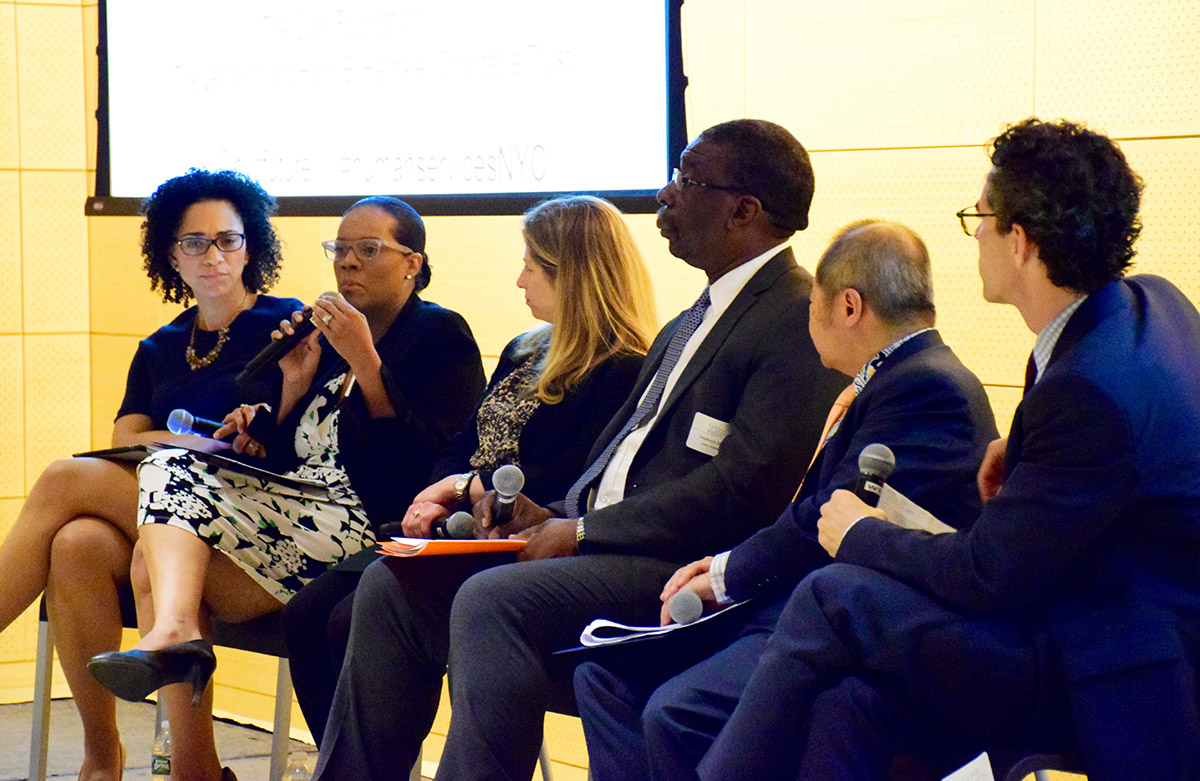 “That does not give you an ability to plan for the future,” Sesso continued, “to think ahead and those that are able to do that would the little amount of time and effort that they have are thinking they will have to downsize and reduce what they are doing in communities at a time when we need more services.”

The problems start with the contracts offered by City Hall, and government will play a critical role in developing a solution. But the nonprofits, the panelists agreed, should also get a handle on the challenges they have created for themselves. The providers agreed that human services organizations, driven by their missions, often have a hard time saying no. Competing for contracts that provide woefully deficient reimbursement rates or razor-thin administative margins can lead organizations to accept serious financial burdens as a cost of doing businesses.

“We accept the 70-cents-on-the-dollar contract, the 80-cents-on-the-dollar contract, because we must be there for the communities and the people who need us,” said Jones Austin of FPWA. “And so we don't push as hard, we don't lock arms and say that we are going to stand against our budget at the city level or even at the state level that does not pay the full cost of the contract, that does not value the work as best as it should, and then we find ourselves in this situation.”

The panelists were arm-in-arm on at least one issue: policymakers should consider the financial health of the human services sector as a growing crisis, with enormous consequences for the social safety net in New York City. After years of neglect and upheaval, the conversation is finally taking place around how these nonprofits and their partners in government can fix the structural shortcomings of their sector for the long term. The current course cannot continue, and quick fixes will not do the trick.

Councilmember Ferreras-Copeland, chair of the New York City Council's Finance Committee, stressed that this work would require honesty and transparency on the part of both government and the nonprofits. Having run a Beacon early education program in Queens after graduating from high school, the councilmember acknowledged that the truth can be hard to accept for driven nonprofit leaders. 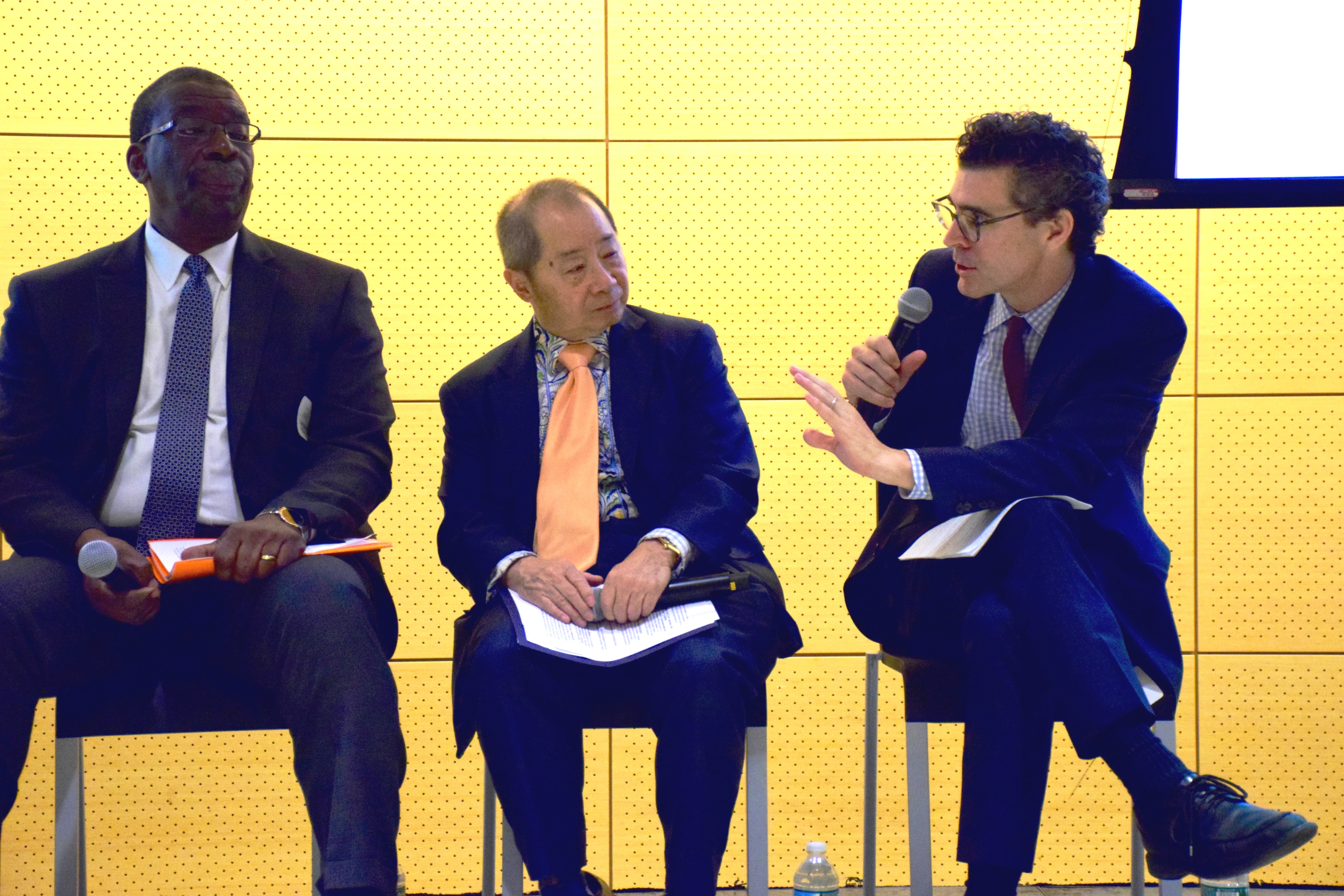 “It's important for the nonprofit sector to admit that they are running in the red, and no organization wants to admit that,” Ferreras-Copeland said. “It is not what you're proud of. But we are at the point where you must explain that to us as elected officials. We must understand where you are so that we can help you.”

This dialogue has consequences, as well: “You need to empower us with the information and data so that we can make an effective plan. Because what we don’t want to do is to create a plan today that is going to be the same five years from now, because we didn't have the data that we need.”

Yet not every organization can readily furnish this data, so the city and private philanthropy might be called on to help bolster organizations’ analytic capacities. “When we try to present the data, not everybody knows their story,” Jones Austin said. “Some of the larger organizations can articulate the stories but not a lot of organizations can do it with data.”

Panelists welcomed the idea of an honest conversation with government, adding that many nonprofits would like to see more accountability from City Hall, too. “The reality is that when government pays late, they should be responsible for that,” Shack, of Urban Pathways, said. “So whether or not there are fines, or fees associated with it, there needs to be some accountability.”

Womankind’s Lee dreamed of a centralized nonprofit hub, where resources could be shared between organizations. Lee asked, “Does everyone need their own COO or CFO?” Sharing administrative duties could help alleviate some of the fiscal crunch, especially given that so much funding is earmarked for direct service to clients, rather than directed toward operations, staffing, or development.

Panelists pointed out that funding for the human services sector has hardly recovered from the recession, when City Hall went into “crisis mode,” as Ferrerras-Copeland put it. With revenues in decline, the city focused only on funding services at a baseline level of maintenance. At the same times, the demands on the sector skyrocketed because so many more people were in need. While many parts of the city are in full recovery, the most vulnerable populations remain so, and in some cases, have seen their situations worsen.

Not only have contracts not caught up, but they have not provided the means to expand staff, develop new programs, pilot innovative strategies, or otherwise cope with a city that has changed dramatically over the past decade. “There have to be some moral priority to make sure that services are provided the right way,” Lee said. “We never paid attention to that. It's been the lowest bidder wins, so those of us who kept bidding lower and lower, sometimes we have to stop and to make sure the person we are serving gets what they need.”

Even if contracts provided sufficient compensation, many nonprofits also face cash flow challenges and often struggle just to get paid. Shack lauded the state’s pay-as-you-go model, which awards 25 percent of the contract upfront, with another 25 percent each quarter thereafter. “It really does take the pressure off of cash flow, so instead of using your own money to front the cost of the services, you have that money in the bank,” he said.

Besides government, the panel called on the philanthropic community to help make the case for the human services. They are big supporters, both financially and philosophically, but that can also create its own issues.