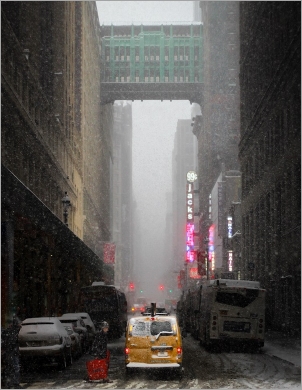 New York City has long relied on the partnership between nonprofit human services organizations and government to care for its residents in need. But today that partnership is dangerously frayed. In the inaugural edition of CUF Conversations, the CEOs of two major NYC human services organizations argue that the city needs a new public-private contract to sustain these critical services in the future.

For centuries, New York has relied on the partnership between human services organizations and government to care for its residents. As CEOs of leading nonprofits in this field, we understand the tremendous potential of New York’s public-private partnerships to lift up New Yorkers in need. But the great promise of the partnership at the core of our sector is far from realizing its full potential and is, in fact, fraying at its seams.

At its best, public-private partnership combines the power of government with the on-the-ground reach, know-how, and community relationships of the nonprofit sector. At its worst, partnership devolves into a paternalistic relationship between government and nonprofit “vendors” that stifles reach and impedes quality.

When government and nonprofit providers work together to pursue the highest quality service and the best results—investing in the strongest ideas and most effective solutions across every sector—these partnerships demonstrate their tremendous value in tackling challenges from child welfare to disaster response, offering a guiding light in the city and state’s most trying hours.

But government has increasingly been falling short in meeting its obligations in the partnership. Although the size of government grows at an unprecedented rate, there is far too little investment in the aging infrastructure and escalating day-to-day costs that afflict nearly every human services nonprofit. From 2011 to 2015, city spending on human services contracts decreased 33 percent, even as demand continues to grow.

These organizations provide vital services on behalf of government: sheltering the homeless; feeding older, ill New Yorkers; protecting chronically neglected children; caring for ailing neighbors; and bringing opportunity to young people in communities where it is needed most.  Yet the mayor’s proposed executive budget for the fiscal year starting on July 1, 2017—like the three before it—commits no funding to improve our facilities, the health insurance we provide to our workforce, the cost of “turning the lights on”—costs the government has not addressed in a decade.

These are not the worst of times. There are important examples of a healthy public-private partnership including Community Schools, State Medicaid Reform, and ThriveNYC. Still, in most instances we are not taking advantage of strengths inherent in each sector. Government—our primary funder today—joined us long after human services organizations began meeting the needs of New York’s “tired, poor, huddled masses yearning to breathe free.” Our founders led the way centuries ago but today government is firmly at the helm, setting the financial and program conditions behind the curtain, often paying little attention to the actual costs and leaving little room for the private nonprofit sector to innovate.

Today’s nonprofits lack both the resources and the requisite expectations to achieve long-term, positive outcomes. The poor financial health of the nonprofit human services sector poses a serious threat, undermining the ability of the sector to meet the needs of those it is contracted to serve.

Baruch College, the Human Services Council, SeaChange Capital, and the Center for an Urban Future have carefully researched the data and found that the financial viability of the sector is in jeopardy. SeaChange’s March 2016 report found that ten percent of New York City nonprofits—and 18 percent of health and human services nonprofits—are insolvent, and 40 percent have little or no cash reserves.

Despite the hundreds of millions of philanthropic dollars that nonprofits raise every year to try to address their deficits, there is consensus that structural change is necessary. There is little consensus, however, on how to make change happen. The nonprofit sector sees a failure of government to pay for the actual costs of providing government-contracted human services, a lack of political leadership to invest in a deserving workforce, and a societal indifference to those who turn to us for support. Government sees redundant services from too many providers, examples of inefficient business models, and a sector that is never satisfied.

We stare at the same coin from different sides. The truth is there's merit—and perhaps a bit of disingenuousness—in each perspective.  We don't have all the answers but for the good of those we serve and for our workforce, we must come together to look at both sides.

The human services sector should continue to embrace accountability to maximize long-term, positive life outcomes for New Yorkers. Counting the number of services provided should give way to demonstrating the number of lives changed for the better. In turn, the de Blasio and Cuomo administrations should recognize the urgency of the financial challenges facing the nonprofit sector by offering real financing solutions now.

To build a better future for the sector and the millions of New Yorkers it serves, government leaders should recognize and reward innovation and results. The status quo is not sustainable. New York needs a different public-private contract, one which puts the people we serve and the frontline workers first. Providers and funders should commit to goals that make a difference in the lives of New Yorkers, with associated metrics that are easily measurable, consistent across city agencies, and reflect what providers are being funded to accomplish.

Trust and mutual accountability should be the foundation of this relationship. We need to have vigorous conversations about the sector’s most challenging issues and create an environment in which iron can sharpen iron. Let’s upend the status quo and create, perhaps for the first time, a highly effective partnership that is a model for the nation and built to last.

CUF Conversations is a series of guest commentaries by leading experts from across the public and private sectors, academia, and government. This series provides a platform for authors not affiliated with the Center for an Urban Future to weigh in on pressing issues at the core of CUF’s agenda: expanding economic opportunity, reducing inequality, and creating a more prosperous, equitable, and inclusive New York.