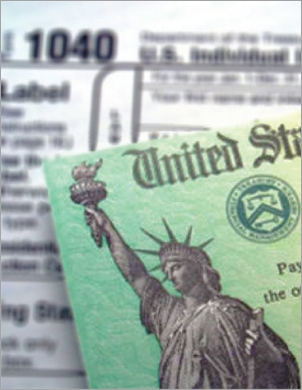 In August 2011, the Center published The No Child Penalty which recommended expanding the Earned Income Tax Credit to low-income workers without children. We are pleased to report that this recommendation is being implemented by the city.

In August 2011, the Center published The No Child Penalty, a policy brief which showed that the federal government's main anti-poverty program, the Earned Income Tax Credit (EITC), almost exclusively benefits tax filers with children, leaving hundreds of thousands of low-income working people in New York—and millions more around the nation—effectively barred from receiving benefits. We recommended that policymakers rethink EITC benefits for childless workers and expand the credit for those without children. Doing so would not only help New Yorkers rise out of poverty, it would also provide a powerful incentive for work in areas where unemployment is high and support struggling neighborhoods in New York and across the country.

We are pleased to report that the city's Center for Economic Opportunity has adopted our recommendation in a new pilot program which will expand EITC for low-income single workers without dependent children. The $11 million, four-year pilot will offer up to $2,000 for three years to participants earning $26,500 per year or less. The pilot will feature a total of 6,000 participants, with 3,000 eligible to receive the supplement and 3,000 forming a control group.