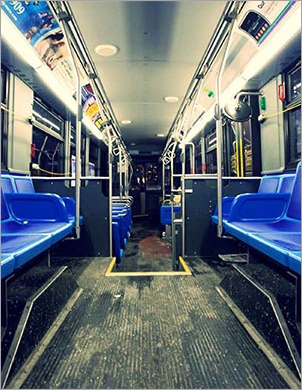 City Council Speaker Christine Quinn announced a series of new proposals to improve mass transit in New York City. Three of the proposals were influenced by our 2011 Behind the Curb report which found that New York City’s public transit service has not kept pace with recent job growth and transit ridership gains.

In April 2013, City Council Speaker Christine Quinn presented a series of proposals regarding mass transit in New York City. Three of the proposals were directly influenced by the Center's 2011 Behind the Curb report which found that New York City’s public transit service has not kept pace with recent job growth and transit ridership gains. Among other things, our report documented that over the past two decades, the number of outer borough residents who travel to work either within their own borough, or to another outer borough (for instance, from Staten Island to Brooklyn or from the Bronx to Queens), has been increasing much faster than the number who make the more traditional trip into Manhattan.

At her press conference, Speaker Quinn drew heavily from our report, saying, “Our city has changed over time, but our transportation hasn't and it hasn't kept pace. It's a system that still operates as though the majority of New Yorkers live and work in Manhattan.” And three of the Speaker’s proposals echoed recommendations from our report, which included charting new Select Bus Service routes, so that a true Bus Rapid Transit (BRT) network can be created; developing better transit options for growing job centers outside of Manhattan; and working with local merchants and other businesses to create alternative parking solutions and streetscape improvements. The Speaker’s three proposals were: 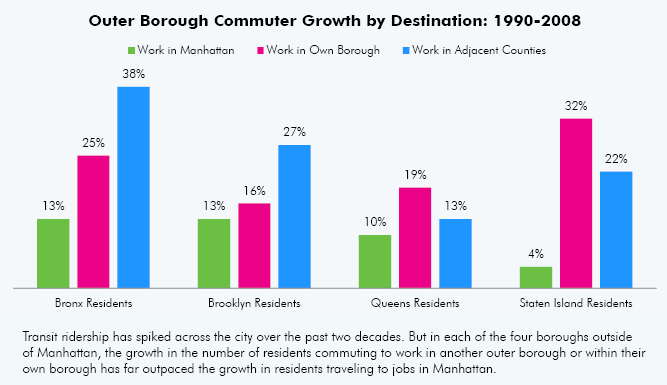