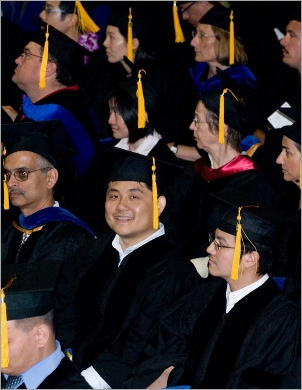 In 2013, the Center for an Urban Future called on New York City to launch a kindergarten-to-college savings program, modeled on a successful initiative in San Francisco, to help increase the number of low-income children who go on to attend college. At the end of 2016, Mayor de Blasio announced that the city is finally piloting a similar plan, which will create $100 college savings accounts for roughly 10,000 kindergartners

Mayor Bill de Blasio is planning to launch a program that will create $100 college savings accounts for roughly 10,000 kindergartners enrolled in public and charter schools, in a three-year pilot program intended to increase the number of low-income children who go on to attend college. Each year, the families of about 3,500 children will receive an initial $100, and will be eligible to receive an additional $200 over four years if they meet certain criteria.

In 2013, the Center for an Urban Future urged New York City policymakers to implement an innovative policy from San Francisco in which the city government opens a college savings account for every public school student in the city. In both a policy report, Innovation and the City, which CUF co-authored with NYU Wagner, and in a Daily News op-ed, CUF called on the incoming mayor to implement a version of San Francisco’s program, which provides every public school child in kindergarten with $50 in a savings account that can only be used for postsecondary education.

As CUF wrote in the op-ed: “At a time when a college degree has become more important than ever but college costs are spiraling out of control, it makes perfect sense: help families start saving earlier, and saving more, by removing barriers to opening an account and providing incentives to spur contributions. In the process, we can help address one of New York City’s biggest economic and social challenges: the alarming gap between the skills that companies need in today’s economy and the skills that a large segment of New Yorkers possess.”