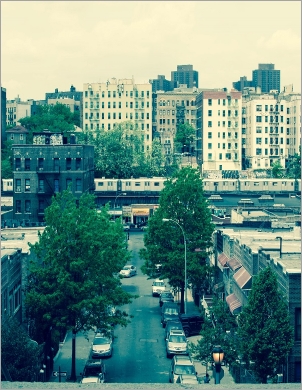 The Center for an Urban Future called on city and state policymakers to invest in NYCHA’s crumbling infrastructure in an April 13, 2016, City & State op-ed, “Closing the NYCHA Funding Gap.” The op-ed specifically called out Governor Andrew Cuomo and the state Legislature for failing to allocate state funding for NYCHA’s $17 billion in unfunded capital needs. “Of NYCHA’s 2,600 buildings, a staggering 1,500 do not comply with Local Law 11 standards for exterior and façade conditions,” the op-ed said. “Leaking roofs and crumbling brickwork are common, increasing maintenance expenses and damaging the health of NYCHA residents.” The funding in Mayor de Blasio’s FY18 executive budget will help NYCHA comply with Local Law 11 and the repairs should help decrease recurring repair needs in NYCHA apartments.

CUF first documented the exterior and façade conditions of NYCHA buildings in Caution Ahead, a 2014 report that analyzed New York City’s infrastructure and found that the city faces a number of infrastructure vulnerabilities from aging water mains and deteriorating roads to crumbling public schools. The report examined a Physical Needs Assessment commissioned by NYCHA in 2011, which found that $621 million was needed in immediate façade needs and $6.7 billion over the next five years.

Caution Ahead called on the de Blasio administration to refocus capital spending on the state of good repair needs and preserving existing infrastructure. “The de Blasio administration should devote a larger share of the capital budget to state of good repair work and favor new infrastructure projects that explicitly relieve overburdened assets, thus extending their useful life,” the report said.