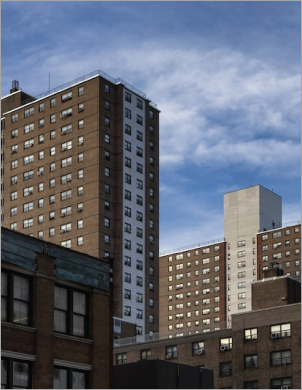 In this City & State op-ed, Senior Researcher Adam Forman urges Governor Cuomo and state legislators to help alleviate NYCHA’s $17 billion funding gap and ensure that state funds are dedicated to its most important long-term needs, like the Authority’s aging and decaying building facades and roofs.

In last week’s $156 billion budget deal, Governor Andrew Cuomo and the state Legislature failed to allocate a single dollar to the New York City Housing Authority. Given NYCHA’s $17 billion in unfunded capital needs, it was a disappointing and severe oversight. Without adequate funding from the state, thousands of its tenants will continue to reside in crumbling buildings with abysmal living conditions.

State legislators now have the opportunity to make a meaningful impact on the lives of 400,000 low-income New Yorkers, a population larger than New Orleans and twice the size of Salt Lake City. After decades of underfunding, Forman argues that the state should commit $500 million without strings attached, allowing NYCHA to make the roof, façade, and long-term capital repairs that its residents need and deserve.