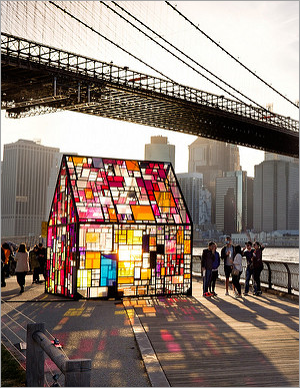 CUF report spurs an increase in Department of Cultural Affairs funding and inspires the development of a broader, more unified arts advocacy coalition.

Mayor Bill de Blasio and the City Council announced a $10 million increase in the Department of Cultural Affairs (DCLA) budget, which marks a major win for arts advocates after several years of stagnant or declining funding. The budget boost followed the recommendations of our Creative New York report—and numerous editorials in the Daily News, Gotham Gazette, Next City, and City Limits—calling for an increase in the department’s grants for city cultural organizations. The City Council also increased funding for the Cultural Immigrant Initiative, arts programs in senior centers, and after-school arts education programs by a combined $6 million, initiatives all championed in the report.

The $10 million bump for the DCLA was a victory for Inspired by NYC Culture, an advocacy campaign which frequently cited data from the Creative New York report. The campaign, which unified several arts advocacy groups, was consistent with another recommendation from the report which urged “the creative sector [to] organize collectively” and “develop a broad advocacy coalition," actions which have raised the profile of arts and culture funding on the city's agenda.