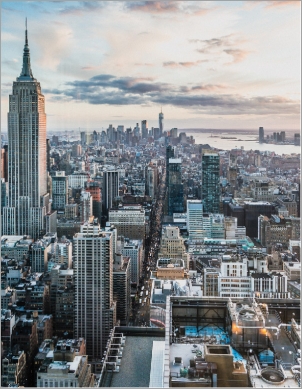 The city's FY 2020 budget includes new resources for New York City’s public libraries and added support for the city’s rapidly growing population of older adults. CUF has elevated the importance of this funding through our extensive research and advocacy around both issue areas.

The Center for an Urban Future’s sustained research and advocacy on the growing importance of New York City’s public libraries helped to strengthen the case for increased funding and stave off ill-timed budget cuts. CUF’s 2014 report, Re-Envisioning New York’s Branch Libraries, showed that more than half of the city’s 207 library buildings are over 50 years old and a quarter were built at least a century ago. It also found that the city’s three library systems had at least $1.1 billion in capital needs, largely just to bring branch libraries into a state of good repair. Most recently, CUF published a data brief, “New York City’s Libraries Still Face Daunting Capital Needs,” which found that although an influx of public funding has helped reduce the systems’ enormous capital backlog, the three systems still face at least $947 million in capital needs just to bring their branches to a state of good repair.

In addition, CUF’s recent research has served to elevate the challenges facing an aging city and state. In February 2019, CUF published “New York’s Older Adult Population Is Booming Statewide,” which found that there are now more residents aged 65 and older in New York State—3.2 million—than the entire population of 21 states, and noted that one in five seniors in New York City today is living in poverty. Our 2017 report, “The Aging Apple: Older Immigrants a Rising Share of New York’s Seniors,” found that immigrants now make up nearly half of all seniors in New York City and are driving virtually all of the growth of the city’s senior population.