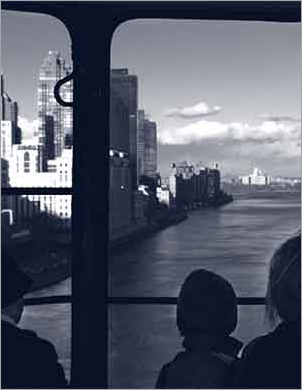 A key recommendation from our Reviving the City of Aspiration report was that "city and state officials must embrace community colleges as engines of mobility and dedicate the resources necessary to strengthen these institutions and ensure that a greater number of middle class, poor and working poor New Yorkers can attend these schools and complete their degrees." City officials are now running with our suggestion.

Earlier this year, the Center for an Urban Future published an extensive report about the mounting challenges New York City faces in both retaining its middle class and elevating more low income residents into the ranks of the middle class. One of our key recommendations from that report, titled Reviving the City of Aspiration, was that "city and state officials must embrace community colleges as engines of mobility and dedicate the resources necessary to strengthen these institutions and ensure that a greater number of middle class, poor and working poor New Yorkers can attend these schools and complete their degrees."

City officials are now running with our suggestion. Last week, Mayor Bloomberg announced a "Gateway to the Middle Class" plan that focuses on boosting community colleges. The mayor's proposal aims to "move more New Yorkers into the middle class by increasing the number of city residents that graduate from community colleges and training them for higher wage jobs in growing industries." The plan will invest an additional $50 million over the next four years to improve the system's quality, accessibility, affordability, and accountability.

The new attention and resources for community colleges is an important step in the right direction for the city. Our report found that community colleges in New York are overshadowed by virtually every other facet of the education system and have not received the financial support needed to effectively educate students that come from a wide variety of backgrounds and often require academic remediation. We also noted that the city has been the main impediment to dealing with the overwhelming infrastructure and maintenance needs at New York's community colleges. The report pointed out that unlike CUNY's senior colleges, whose capital needs are exclusively paid for by the state, construction work at community colleges requires the city to match state funding. During the Giuliani administration, this contribution rarely materialized. It has improved during the Bloomberg administration, but not enough. In 2008, for instance, the governor allocated $1.4 billion to fund the critical maintenance needs identified for CUNY's senior colleges. But CUNY received no similar infrastructure funding for community colleges because state officials did not feel confident that the city would match its contribution.