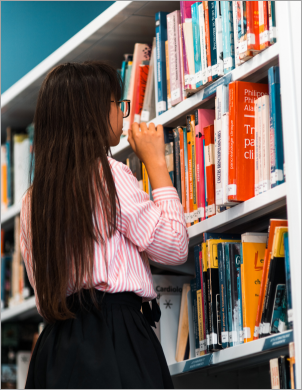 In October, Mayor Adams announced that the city is investing $15 million in the city’s three public library systems to launch a major expansion of dedicated Teen Centers across all five boroughs. This important new action echoes a major recommendation CUF made last November, when we called on city leaders to “create 10 new Teen Centers . . . at the city's libraries . . . to help address the acute challenges facing teens and young adults resulting from the pandemic and put more young New Yorkers on the path to college and career success.”

As part of CUF's November 2021 report, Branches to Recovery: Tapping the Power of Branch Libraries to Rebuild a More Equitable City, we urged city officials to “greatly expand spaces exclusively for teens at the city’s libraries,” pointing out that “the dedicated teen spaces that exist in libraries today are well-used and in many cases give young people access to invaluable career resources, but there are fewer than 20 of them across the city today.” Our recommendation for 10 new teen library centers was also mentioned in a Next City article about our report.

CUF first shined a light on the emerging model of teen library centers in our 2013 report Branches of Opportunity. We also made the case for increasing the number of dedicated teen spaces within libraries in our 2014 report Re-Envisioning New York’s Branch Libraries, noting that “libraries enable teens to learn through exploration and play . . . [but] in the majority of our site visits the teen spaces were mostly informal or ad hoc arrangements that don’t effectively separate noisier teens from the rest of the library.”

Mayor Adams’s $15 million commitment, with additional support from Google, Best Buy, and the Joly Family Foundation, will help make these recommendations a reality. According to the administration’s press release, the funding will enable all three systems to "develop new or updated teen centers in underserved communities throughout the five boroughs. The funding will also be used to support the hiring of additional staff, as well as create jobs for teens at each system. Branches throughout the city will also offer holistic support for teens with . . . enhanced programming and learning opportunities for school, skills, and career development.”

CUF is not alone in calling on the administration to provide additional funding to libraries to expand and enhance their vital programs and services. But we are thrilled that our work helped catalyze this important new investment. We applaud Mayor Adams for recognizing the critical role of libraries in ensuring that New York City’s recovery from the pandemic is strong, lasting, and inclusive.