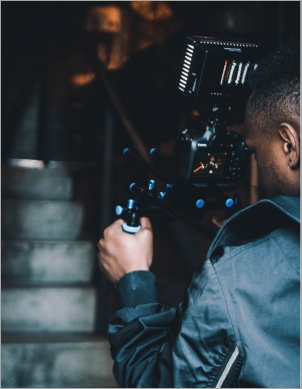 A first-of-its-kind fund will provide workforce development opportunities to New Yorkers from all backgrounds to prepare for jobs in the fast-growing entertainment fields. The new fund builds on CUF's 2015 research on the demographics of New York City's creative sector which showed that just 29 percent of New Yorkers employed in creative occupations were non-white.

Last month, the New York State legislature announced the creation of a diversity job training development fund in the film and TV industries, an important step that echoes the Center for an Urban Future’s research on the need to create new pathways into the city’s creative industries. The state’s first-of-its-kind fund will provide workforce development opportunities to New Yorkers from all backgrounds to prepare for jobs in the fast-growing entertainment fields.

The Center’s 2015 Creative New York report shined a light on the lack of diversity in the city’s creative sector. Our research showed that just 29 percent of New Yorkers employed in creative occupations were non-white, an inadequate ratio in a majority-minority city.

We called on the city and state legislatures to “take steps to ensure a more diverse creative sector” and put forward policy recommendations aimed at making these jobs accessible to a broader base of New Yorkers.