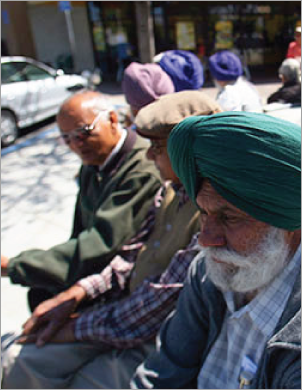 In this testimony before NYC Council’s Committee on Aging, CUF’s Christian González-Rivera presents three recommendations from our New Face of New York's Seniors report that the city should prioritize this budget cycle.

My name is Christian González-Rivera, and I am a senior researcher at the Center for an Urban Future, a non-partisan public policy think-tank based here in Manhattan that publishes studies about how New York can expand economic opportunity and grow its economy. We’ve published studies on issues ranging from the important role of public libraries to the need to improve the city's youth workforce development system. In 2013, the Center for an Urban Future published The New Face of New York's Seniors, which was the first comprehensive study documenting the rapid growth of New York City's older immigrant population.

As part of that report we interviewed more than 60 people who work in the field of aging, ranging from caseworkers at community organizations who work with older immigrants to the then-commissioner of the NYC Department for the Aging. We interviewed people who work in every major ethnic community in the city, and asked them whether the services that New York City has available for older people are reaching the immigrant seniors in their communities. Very often the answer to that was no, and for reasons that often vary significantly from one community to the next.

The other part of the report was an extensive demographic analysis of older immigrants in New York City, including where they are from, where they live, how long they have been here, how many of them are in poverty, and what their service needs are. The recommendations from our report are a response to the needs we heard directly from communities across the five boroughs, as well as the sense of urgency communicated by the rapidly-changing demographics of the city’s senior population. I would like to share with the Council some of the recommendations that we believe should make it into DFTA’s budget if the agency is to be empowered to respond effectively to the increasing diversity of New York’s seniors.

But first the numbers. Foreign-born individuals now make up 46 percent of New York City's seniors, and account for virtually all of the growth in the city's older adult population. While the number of native born older adults fell by 9 percent between 2000 and 2010, the older immigrant population grew by 30 percent. That rate of growth means that immigrants ages 65 or older will comprise the majority of New York’s senior population within five to ten years. In fact, immigrants are already the majority of the senior population in 21 of the 55 Census-designated Public Use Microdata Areas (PUMAs) in the city, including ten out of the 14 PUMAs in Queens.

Moreover, despite comprising 46 percent of the senior population in the city, immigrants comprise 65 percent of all seniors living in poverty. Sixty percent are limited English proficient (LEP), and 37 percent live in linguistically-isolated households, meaning that nobody over the age of 14 in their households speaks English. These numbers vary tremendously by country or region of origin. For example, while 60 percent of all immigrant seniors are LEP, upwards of 90 percent of Korean and Chinese seniors, as well as seniors from Russia and the former Soviet Union are LEP. Russian seniors also have the highest rates of linguistic isolation in the city, with 85 percent of them living in linguistically-isolated households.

These numbers show that older immigrants are clearly not a niche population. In fact we cannot talk about older people in New York City without talking about immigrants.

That being said, we have three specific sets of about what the city should prioritize in DFTA’s budget:

Establishing a baselined, permanent funding stream for NNORCs
NORCs are a straightforward, yet effective way to bring social and healthcare services to where the seniors are. They serve as a safety net and first defense for New Yorkers who are aging in their communities and growing increasingly dependent on the services available as close to their homes as possible. A NORC will coordinate housing managers in the case of classic, housing-based NORCs, or community organizations in the case of neighborhood-based NORCs with local health providers and businesses, as well as public safety, religious, civic, and cultural organizations to provide support for the seniors in their area. To that end, NORCs are an infinitely adaptable model that is suitable for any neighborhood and any cultural or ethnic group.

But the population size and density requirements for the classic NORCs currently funded by DFTA exclude less dense areas where older immigrant populations are growing, making it crucial for the city to fund neighborhood-based NORCs. For instance, Flushing and Whitestone have only one NORC based in a cooperative housing complex, while the surrounding neighborhood gained almost 10,000 more immigrant seniors—mostly from Korea, China, and India—since the year 2000.  The North Shore of Staten Island has no NORCs, despite being home to a growing population of seniors from Liberia and other African countries. NORCs currently serve some immigrant groups that have been here for a long time and live in denser neighborhoods like Manhattan’s Chinatown, but seniors in the Bangladeshi community—which is a newer group of immigrants and is generally comprised of younger working age people—are all but invisible because they are scattered across less-dense areas in Queens. Through the funding and structure of a neighborhood-based NORC, trusted, culturally competent neighborhood institutions that are of and for the neighborhood can be empowered to coordinate services for their communities.

Having access to supportive services has also been proven to reduce quantifiable costs like medical costs, a fact that health insurance providers have already noted as many of the larger ones move to a comprehensive service model that incorporates preventive services, and the federal government has noted as part of its DSRIP model. But having access to the socialization and community-building services that NORCs can offer reduces other, somewhat less quantifiable but no less important costs, like the costs of social isolation.

Strengthening the ability of ethnic organizations to work with seniors
Adequately serving the growing older immigrant population will involve bringing together the knowledge and expertise of large general senior services organizations that have held DFTA contracts for decades with the cultural and linguistic competencies of smaller organizations that do not have the resources to compete for DFTA contract. This can be done through DFTA’s RFP and contracting process.

One way to do that is to build in protections for subcontractors whose budgets are often the first to be cut when there are shortfalls. Contracts should have protections that would allow subcontractor organizations to have more predictable funding so that they can make the long-term staffing and strategic planning decisions they will need to successfully serve their communities. Another way is to disaggregate some contracts by unbundling some services. This would allow for some discrete services that can be contracted separately to competing small organizations.

Supporting a stronger role for libraries
The public library is an indispensable and trusted institution in immigrant neighborhoods, as evidenced by the fact that of the ten branches in New York with the highest circulation, six are in neighborhoods with large numbers of immigrant seniors, including Flushing, Queens Central, Kings Highway, Elmhurst, McKinley Park, and Fresh Meadows. While more support for libraries is not currently a specific DFTA budget line item, increasing the agency’s budget and issuing a mayoral directive to bolster partnerships with the three public library systems is a great way to support seniors. The city has already worked through MOIA to create New Americans Corners at public library branches. DFTA could forge a similar partnership with the libraries to deliver services and information about services directly to the libraries’ loyal older adult following.

DFTA has the potential to be the nation’s model Area Agency on Aging when it comes to serving immigrant seniors. One out of every ten foreign-born seniors in the nation lives here in New York City. For most places in the country, a future where immigrants are a large part of their older adult population is far into the future. But in New York that future is today. What DFTA does here can become a blueprint for how other American cities can make it easier for immigrants to age in the country they have made their home. But it all starts with providing DFTA with the resources it needs to respond to the new, more diverse face of New York’s seniors.

This testimony was given on March 4, 2016, before the New York City Council Committee on Aging and the Subcommittee on Senior Centers as part of a preliminary budget oversight hearing on aging.


Home at Last in NYC

JCC selected to be satellite partner for Per Scholas IT training