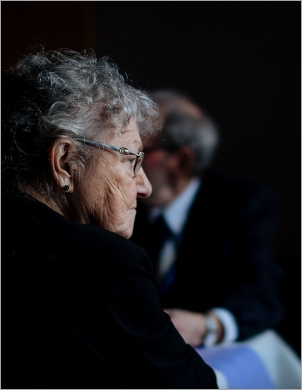 In this testimony before the NYC Council Committee on Aging, Christian González-Rivera, CUF's senior researcher, details the need for more support, matching the City's growing and diverse older adult population.

My name is Christian González-Rivera, and I am a senior researcher at the Center for an Urban Future, an independent, nonpartisan research organization based here in Manhattan that that generates smart and sustainable public policies to reduce inequality, expand economic opportunity, and grow the economy.

As part of our work we also analyze how demographic changes affect the city’s economy. We have been writing about and contributing to the public discourse around the aging of the population for several years, starting with our 2013 report The New Face of New York Seniors, which found that nearly half of older New Yorkers are immigrants and face significant barriers to accessing services. Thank you for the opportunity to testify.

The Center for an Urban Future published a data brief this month entitled, “New York’s Older Adult Population is Booming Statewide” that showed that older New Yorkers are driving the city’s and the state’s population growth. There are now 1.2 million New York City residents over the age of 65, and that number has increased by 237,000 people in just the last ten years. Meanwhile the number of New Yorkers under the age of 65 increased by 110,000 people in the same time period; just half as much of an increase as the older population. This growth is happening across the five boroughs. Notably Manhattan gained 67,000 older adults over the past decade while losing 23,000 younger people. There are now more older adults in the five boroughs than there are children under the age of 13.

Despite that older adults are a large and growing part of New York’s communities, they don’t get the respect they deserve in the city’s budget. The Department for the Aging’s (DFTA) budget is still less than 1 percent of the city’s overall budget. To the deBlasio Administration’s credit, the city has been steadily increasing DFTA’s budget since taking office. DFTA’s budget has increased by 26 percent since deBlasio took office, despite severe cuts in federal funding.

But the problem is that those increases are not keeping up with the even faster increase in the number of older New Yorkers. New York City is home to 28 percent more older New Yorkers than in 2004, but the amount of DFTA funding per New Yorker age 60 and above has actually declined by 1 percent. In the meantime, participation in senior centers, demand for case management and home care programs, and other services has been increasing citywide. So this means that providers have to serve more people with less money.

But that’s not the end of the story. Not only is New York City’s older adult population larger than ever before, but it is also much more diverse. Our 2017 report The Aging Apple revealed that for the first time since the end of World War II, half of the city’s older adults are immigrants. But while in 1950, a whopping 95 percent of the city’s older immigrants hailed from Europe, today’s seniors are vastly more diverse. Today only 26 percent of older immigrants are from Europe, while 46 percent are from Latin America and the Caribbean and 23 percent are from Asia and Oceania.

Moreover as that report and our latest one also show, immigrants are responsible for the vast majority of the growth in the older adult population. Our latest report found that the number of U.S.-born older adults grew just 10 percent from 2007 to 2017, while the number of older immigrants jumped 42 percent.

This means that New York City’s older adults are increasingly immigrants and people of color, which has significant implications for the way services are delivered. Fully 60 percent of older immigrants in the city have limited proficiency in English, so in-language services for immigrants are crucial. And all older adults, whether they are immigrants or born in the U.S., are more likely to participate in services that are culturally relevant.

And that’s not all. Investing in more and better services for older adults also means removing the physical, emotional, and financial barriers that prevent more older New Yorkers from contributing more to their communities through becoming volunteers, being mentors, and even becoming entrepreneurs. (The Center for an Urban Future also published a report recently on the growth in the number of entrepreneurs over the age of 50 in New York City.)

Older adults are part of New York City’s present and future. Older adults are one of the city’s greatest untapped resources and investing in services is the best way to unlock that potential.

The Aging of the Mid-Hudson Valley

‘Life is too expensive here’: Senior immigrants in Flushing putting off retirement