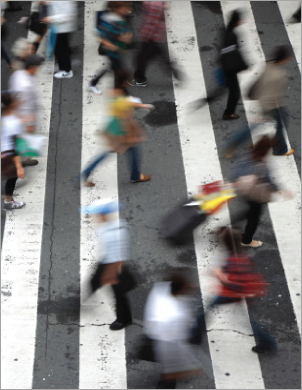 A promising start for NYC’s new approach to workforce development

My name is Christian Gonzalez-Rivera, and I am a senior researcher at the Center for an Urban Future, a non-partisan public policy think-tank based here in Manhattan that publishes studies about how New York can expand economic opportunity and grow its economy. We’ve published studies ranging from the importance of ESOL and adult basic education programs to the need to improve the city's youth workforce development system. We have been writing about and influencing workforce policy in New York City and the State for over a decade. Thank you for the opportunity to testify.

The need for cities to strengthen and modernize their workforce development strategy in the face of a rapidly transforming labor market is very clear. After all, we know that decent jobs have become scarce for high school graduates and non-existent for dropouts; that lifelong learning is now essential to keep up with changes in employer demand; and that increasing numbers of workers are working on a contingent basis. Importantly, policymakers around the country, not least here in America’s largest city, increasingly understand that a ‘Bachelor’s or bust’ approach to training the workforce of tomorrow has serious limitations. Postsecondary options that include occupational training, community college programs, and certificate programs all have a role to play in preparing students to compete in the labor market, rather than assuming that only a four-year college degree can get New Yorkers on a path to jobs with self-sufficiency wages.

Fortunately for us, New York City is one of only a handful of cities in the United States to rethink its workforce, education, and social services programs to respond to these important changes in the labor market. And to its credit, the Career Pathways initiative is arguably more comprehensive in its vision, and certainly in its scale, than that of any other American city.  Though it is not perfect, it draws from the evidence and experience of great programs here and in other cities. It needs to succeed for the sake of our city’s future prosperity, and we believe it can succeed.

After one year, so much is still in the pipeline, most importantly the contracts that will determine what providers are asked to do and the metrics with which the city will measure success. But I can make some preliminary observations, based on research the Center for an Urban Future is conducting for an upcoming study.

These are a few of our concerns, but our overall assessment is that the Career Pathways framework as it is being implemented bears much promise to radically improve the city’s ability to improve the lives of people who face barriers and disadvantages to achieving self-sufficiency through work. And if we were to pick one achievement of Career Pathways that stands a head above the rest, it is the very fact that through the efforts of the Mayor’s Office of Workforce Development, the New York City Employment and Training Coalition, and others, New York City’s workforce community is now speaking the language of training, basic skills, job quality, and meaningful employer engagement. The primary discussion about public workforce development programs used to be about the hustle to meet job placement targets. Today the workforce community is now more aware that getting someone into a job is not the end goal, but only the beginning of a jobseekers path to self-sufficiency through employment.

Closely related to that big achievement is the city’s newly enlarged appetite for innovation in the workforce area. Recognizing that many of the strongest and most effective workforce programs in the city have been catalyzed and funded by private philanthropy, the city, particularly HRA, SBS, and the Mayor’s Office for Workforce Development, have been working more closely than ever with the Workforce Funders Group, a group of foundations that collectively represent the most generous infusion of private money by far of any American city. By joining forces to build on philanthropy’s legacy of innovation, the workforce system stands a better chance of lifting up what works and measuring what matters.

The Gift of Tech
Forbes

The Gift of Tech
Forbes