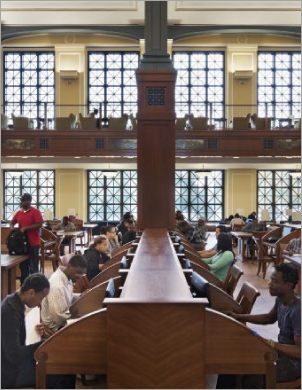 In this City & State op-ed, CUF senior researcher Tom Hilliard argues that the upcoming expansion of CUNY ASAP to cover all students at Bronx Community College presents an opportunity to catapult thousands of New Yorkers into the middle class each year – but only if state and city policymakers commit to more fully supporting ASAP.

CUNY’s Accelerated Study in Associate Programs (CUNY ASAP) is one of the most widely acclaimed educational initiatives in recent memory, and CUNY’s plan to expand ASAP to virtually all full-time students at Bronx Community College could turn out to be one of the most effective efforts in New York, and the nation, to catapult people into the middle class. As New York City Mayor Bill de Blasio and Gov. Andrew Cuomo focus on expanding opportunity in 2016, CUF senior researcher Tom Hilliard argues that CUNY ASAP deserves their attention.

In this City & State op-ed, Hilliard examines the low graduation rate at New York’s community colleges, and unpacks what makes CUNY ASAP so effective at reversing these trends. By offering students an integrated package of support—such as free tuition, textbooks, MetroCards and regular contact with an adviser—CUNY has nearly doubled the three-year graduation rate in the ASAP pilot programs. The challenge is scaling the program. Until now, CUNY ASAP has served just 4,000 students a year.

Expanding CUNY ASAP to include almost all full-time students at Bronx Community College has the potential to catapult over 5,000 college graduates into the workforce, while also increasing employer competitiveness and community prosperity. Hilliard argues that city and state leaders should rethink higher ed financing to support ASAP and other programs that help low-income college students enter the skilled workforce.

"Catapulting New Yorkers into the Middle Class, ASAP" is part of a series of commentaries about workforce development and human capital issues funded by the Altman Foundation.