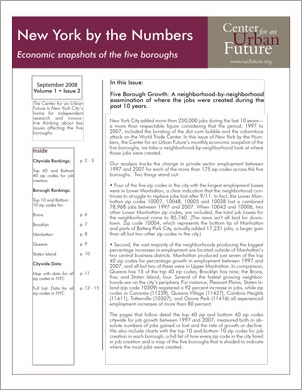 In this edition of New York by the Numbers, we provide a neighborhood by neighborhood examination of where the jobs were created during the past 10 years.

Which zip codes in NYC added the most jobs over the past 10 years? Which lost the most? Our top and bottom five for rate of job creation:

Queens has most ZIPs with job growth

Shrinking jobs? Not in booming Kingsbridge

The Richest Zip Codes In The United States

Queens has most ZIPs with job growth
Queens Times Ledger

Queens has most ZIPs with job growth
Queens Times Ledger