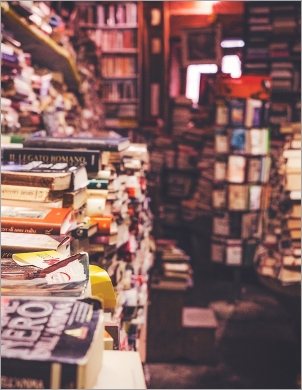 A provision in Governor Cuomo's budget agreement converts free college grants under the free college tuition program into loans that must be repaid if the graduate lives or works outside New York. It should be stripped out before the bill is signed.

Governor Andrew Cuomo and the New York State Legislature have a deal on Governor Cuomo’s free public college proposal. But the program they are poised to enact converts free college grants into loans if the graduate lives or works outside New York, which could transform a financial blessing into a burden for many students. It should be stripped out before Governor Cuomo signs the bill.

The underlying idea behind Governor Cuomo’s free college proposal makes sense. In an economy where economic mobility depends on obtaining a postsecondary credential, everyone should be able to walk into a public college or university without worrying about whether they can afford the tuition and fees. The Excelsior Program, as Governor Cuomo dubbed it, takes a long overdue step toward making public higher education universally affordable.

The final bill works much as Governor Cuomo proposed back in January. Each student at a public college or university subtracts out the value of their federal Pell and state Tuition Assistance Program (TAP) grant, and the remaining tuition and fee bill will be paid by the Excelsior Program, up to a family income of $125,000 (after a three-year phase-in). Another provision called Enhanced TAP extends a similar benefit to students at private colleges.

But the final bill comes with one very big catch. However many years the student receives the Excelsior grant is the number of years the student must live and work in New York. If the student lives or works outside New York at all, the grant is converted into a loan and must be paid back. That changes the meaning of the free college plan dramatically.

Forcing college graduates to live and work in New York is wrong. A grant should be a grant, not a loan with an escape clause. "This provision undermines Governor Cuomo's efforts to make college affordable for New York's families, instead constraining their future economic opportunities,” says Sara Goldrick-Rab, a professor at Temple University and high-profile supporter of the free public college movement.

The provision is also dangerous. Students may not understand what they are getting into when they accept the money. And, to be clear, they are not simply agreeing to live in New York for up to five years after graduation. They are also agreeing to work in New York. So a graduate who lives in Chatham and four years later gets a summer job in Pittsfield could suddenly face a student loan burden of up to $27,500.

The bill has other shortcomings. Its requirement of 15 credit hours per semester, every semester, is unrealistic for many students. It provides no benefits for low-income students whose tuition is paid by TAP and Pell, but who struggle to pay living expenses. There are no companion benefits to improve student completion rates at public colleges where the odds of dropping out are higher than the odds of graduating. But these are omissions that could be fixed in subsequent years.

The state live and work requirement, on the other hand, is a burden that the state plans to impose on students it claims to be helping. The State Legislature would do better to take an extra day to strip it out and send Governor Cuomo a bill that really serves New York’s college students.