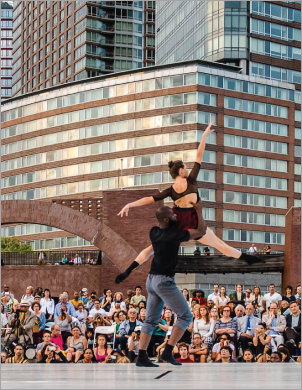 Op-ed: A small boost in arts funding would go a long way

In 1988, New York City’s Department of Cultural Affairs received 36 cents for every $100 of total taxpayer spending. Today, its share of the city’s operating budget is just 20 cents, an all-time low. In a city where the arts provide thousands of jobs, enrich communities, enliven public spaces and give voice to immigrant and low-income residents, 20 cents is not enough.

The op-ed builds on Creative New York, a 2015 CUF report that identifies the creative sector as one of New York City’s most important economic assets, while recognizing that the city’s working artists, nonprofit arts groups, and for-profit creative firms face a growing number of challenges.

General operating support for Center for an Urban Future has been provided by the Bernard F. and Alva B. Gimbel Foundation, the Lucius N. Littauer Foundation, and the M&T Charitable Foundation.


A small boost in arts funding would go a long way: The city should hike spending on cultural affairs

A small boost in arts funding would go a long way: The city should hike spending on cultural affairs
New York Daily News

A small boost in arts funding would go a long way: The city should hike spending on cultural affairs
New York Daily News