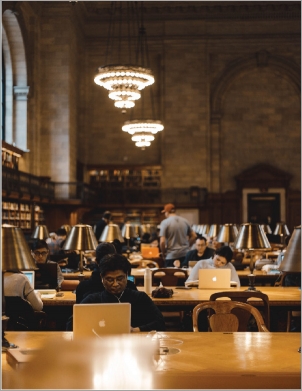 Our new op-ed in the Gotham Gazette argues that New York City’s public libraries are uniquely positioned to help solve the city’s next big Census problem: the move to a digital Census.

The 2020 Census will be the first to be completed largely online. This reality poses a big challenge in a city where 14 percent of residents live in households without a computer, 23 percent lack a broadband connection at home, and many more aren’t digitally proficient.

In our new commentary by Center for an Urban Future Executive Director Jonathan Bowles, we make the case that just as city leaders fought the proposed inclusion of the citizenship question, New York City needs a wide-scale effort to make sure the move to a digital Census does not deter large numbers of New Yorkers from completing their forms. One way they can do this is by partnering in a big way with New York City’s branch libraries, which in recent years have become the city’s most accessible technology hub for New Yorkers on the wrong side of the digital divide.

The op-ed builds on some of the takeaways from a policy forum we held in June at Flushing Library titled Harnessing Libraries to Support Immigrants.


U.S. libraries are critical to the 2020 Census

U.S. libraries are critical to the 2020 Census
Library Journal

U.S. libraries are critical to the 2020 Census
Library Journal