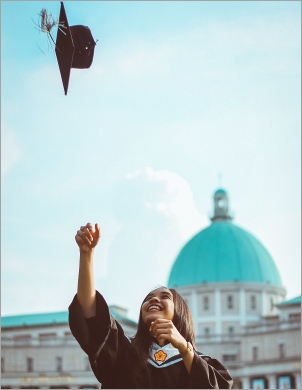 It’s a rare moment when the city’s attention is focused on what it takes to lead the city’s schools. Yet the most important item on the next chancellor’s to-do list is hardly being discussed: preparing vastly more students to succeed in college.

Getting the city’s students through college, not just to it, needs to be a higher priority than it’s ever been for New York’s next schools chancellor. In today’s economy, a college credential has become the single most important ticket to the middle class. As it stands, far too few New Yorkers have one—in part, because an alarmingly high share of students graduate city high schools unprepared to succeed in college. Turning this around will require a sustained effort in the pre-K to 12 system.

In this City & State op-ed, CUF Policy Director Matt A.V. Chaban and Senior Fellow for Economic Opportunity Tom Hilliard assert that the next chancellor has a vital role to play in boosting college success—from expanding college counseling and overhauling the way New York teaches math, to building college-going cultures in every high school, to collaborating with community-based organizations in neighborhoods across the city to build a stronger support network for students.

This op-ed is a continuation of the Center for an Urban Future's extensive research on higher education in New York, including the groundbreaking study, Degrees of Difficulty: Boosting College Success in New York City.