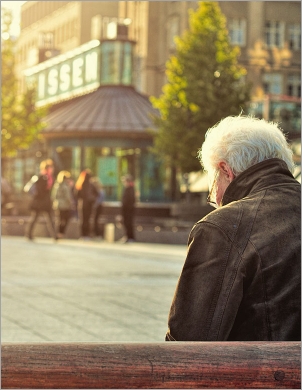 State must prepare for its aging future

The number of seniors statewide has jumped significantly over the last decade. Governor Cuomo and state lawmakers have proposed an increase in funding for services that help older New Yorkers stay in their homes, but they should take new steps to support this growing population.

by Jonathan Bowles and Beth Finkel

The number of New Yorkers over 65 grew 26 percent over the past decade, and they now make up a larger share of the population than ever before.But state funding hasn't kept pace with this rapid demographic shift. While Governor Cuomo and state lawmakers have proposed an increase in funds for services that help older New Yorkers remain in their own homes as they age, it's not enough to meet the needs of the growing older adult population.  State lawmakers should increase funding further to include critical support programs that directly benefit older New Yorkers. In this op-ed in The Daily Gazette, CUF Executive Director Jonathan Bowles and AARP New York State Director Beth Finkel push lawmakers to make new investments to ensure that more New Yorkers can grow older with dignity and security.

The Empire State Is Graying

The aging of New York: How the population is growing older at a remarkable pace

The Empire State Is Graying
The Wall Street Journal

The aging of New York: How the population is growing older at a remarkable pace
Democrat & Chronicle

The Empire State Is Graying
The Wall Street Journal

The aging of New York: How the population is growing older at a remarkable pace
Democrat & Chronicle