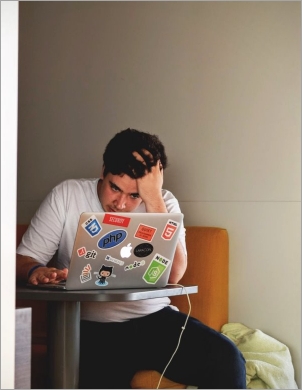 In this testimony before the NYC Department of Consumer Affairs, Matt Chaban, CUF's policy director, details how many for-profit colleges in the state leave students with a little education and huge debts they struggle to repay because they did not receive the education they were promised.

at the NYC Department of Consumer Affairs' "Speak Up, Speak Out" Student Dept Forum

Good evening Commissioner Salas and fellow panelists. I am Matt Chaban, Policy Director for the Center for an Urban Future, an independent, nonpartisan policy organization based here in the city that is dedicated to increasing economic opportunity and expanding the economy for all New Yorkers.

New York’s economy is enjoying record employment. Yet for too many of the city’s residents, it remains a struggle to make ends meet. One of the surest ways to get ahead is a college degree, and succeeding in today’s economy has become increasingly difficult without some kind of post-secondary credential. There are many options to doing so, and each year, tens of thousands of New Yorkers turn to for-profit colleges to help them earn a degree—and a better future.

Unfortunately, far too many for-profit college programs in New York state leave students with mountains of debt and little else to show for it, as the Center revealed in an April study on the relationship between New York State’s student loan crisis and the for-profit college sector. In fact, our research found that many graduates earn no more than they would have if they only had a high school diploma. The big difference is that graduates of for-profit schools often take on burdensome debts that they will struggle to pay back on their limited salaries.

Not all for-profit schools leave their students with little education and loads of debt. Some programs rival traditional public and private schools in terms of educational, financial, and professional outcomes. It is incumbent on policymakers such as yourselves to ensure this is the case with all of these schools—not least because many of the students at for-profit colleges can hardly afford to be shortchanged. According to the Center’s research, roughly half are the first in their families to attend college, and the vast majority are black or Hispanic.

Every New Yorker has a stake in for-profit schools being fair and effective. Not only will this strengthen the city and state’s economy, but students at for-profit schools are not the only ones paying for an inferior degree. So is every taxpayer, since tens of millions of dollars in state aid is paid out to for-profit colleges each year.

Among our findings were:

Both New York State and New York City should take action to protect students. The city could start by reviving DCA’s successful “Know Before You Go” campaign that educated city residents about the danger of choosing colleges that lead to excessive student loan debt.

The city should also address the ways in which it promotes for-profit colleges against the best interests of students. High school guidance counselors, for example, often do not make a distinction between for-profit colleges and other types of colleges when explaining local higher-ed options to students. Similarly, workforce training providers may recommend for-profit colleges to jobseekers looking for marketable skills, failing to appreciate the high debt burden and inconsistent labor market value associated with these colleges. New York City should systematically ensure that people who provide advice and direction for the city are themselves well informed about college options that could expose students to harm.

City officials could also help persuade the state to tighten institutional eligibility for the Tuition Assistance Program to exclude colleges that saddle students with debt they cannot repay.

I look forward to learning more tonight about the lived experience of student loan debt in New York City.