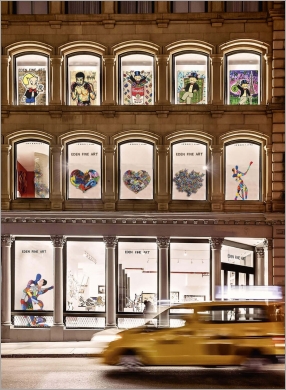 In this testimony before the NY State Senate Standing Committee on Cultural Affairs, Tourism, Parks and Recreation, CUF editorial and policy director Eli Dvorkin outlines what New York State will need to do to lay the groundwork for a long-term recovery for the state’s cultural sector.

My name is Eli Dvorkin. I am the editorial and policy director at the Center for an Urban Future, an independent think tank focused on expanding economic opportunity in New York City.

Thank you to Senator Serrano and the Senate Cultural Affairs Committee for the opportunity to join you this morning for this important discussion.

The COVID-19 pandemic has cost New York thousands of lives, hundreds of thousands of jobs, and billions of dollars in lost revenues and economic activity. Few workers, employers, or industries will emerge unscathed.

But even as the state’s economy shows signs of recovery, the state’s critically important cultural sector remains in crisis mode. No single part of New York’s economy has been hit harder by the COVID-19 pandemic—or is facing a longer road to recovery—than the performing arts, and cultural institutions of all kinds and sizes are under unprecedented threat of extinction.

Our research at the Center for an Urban Future has shown just how important the cultural sector has become as an engine of job growth for New York’s economy. Prior to the pandemic, New York City’s creative industries employed nearly 300,000 people—more than finance, tech, or education—and contributed more than $110 billion in economic activity to the city’s economy.

Across New York State, employment in the arts was at an all-time high prior to the COVID crisis. The state was home to just under 63,000 jobs in the performing arts and spectator sports last year—up 22 percent over the past decade. More than 20,000 New Yorkers were employed in museums—a 20 percent jump since 2009. In New York City, the number of people employed in the performing arts and at museums has nearly doubled since 2000.

The effects of New York’s arts ecosystem on the economy extend far beyond these direct jobs. In particular, the allure of New York’s anchor cultural institutions, vibrant arts communities, and diverse nightlife scenes has fueled the record growth in tourism over the past two decades, which in turn has become an increasingly important source of middle-income and accessible jobs for New Yorkers. In fact, our research shows that prior to the pandemic, 91 percent of the jobs in tourism were accessible to New Yorkers without a bachelor’s degree.

The arts also serve as a catalyst for job growth and innovation in other parts of the creative economy. Leaders in fashion, advertising, film, architecture, and other creative industries find inspiration in New York’s galleries, artist studios, music venues, museums, and theaters. And all of these industries have seen strong job growth in recent years, outpacing industries from finance and legal services to manufacturing and hospitals.

But New York’s arts and culture sector now faces an existential crisis, amid a prolonged shutdown of the performing arts and catastrophic declines in earned revenue and employment.

Since March, jobs in arts-related industries have experienced among the city and state’s sharpest declines. New York State has lost nearly 32,000 jobs in the performing arts compared to the same time last year, a 50 percent decline. The state has also lost more than 4,400 jobs in museums—down nearly 22 percent from last year.

In New York City, the scale of the losses is even more devastating. Jobs in the performing arts have declined 72 percent from September 2019—the sharpest job losses of any industry in the city’s economy.

The disproportionate impact on the arts is having a direct effect on the state’s finances. While taxable sales statewide were down nearly 10 percent last quarter compared to the previous year, taxable sales by performing arts companies were 92 percent lower than in 2019.

The effects of this crisis are especially alarming and destabilizing for New York’s small- and mid-sized arts and cultural venues, concert halls, museums, nightlife venues, and community cultural hubs, as well as working artists themselves.

Although larger cultural institutions are also facing stunning losses, many smaller cultural groups—including many immigrant-run and -serving organizations—don't have the benefit of endowments or large donor bases to help cushion the blow as they experience staggering declines in earned revenue from canceling performances, closing venues, calling off tours, and shutting down art classes.

With little cash on hand and few if any reserves, many small and mid-sized arts organizations have had to lay off or furlough staff. Among New York City’s more than 25,000 nightlife establishments, most have laid off some or all of their workers and a growing number are giving up their leases and shuttering their venues permanently.

Working artists have more than half of their income and now face the likelihood of a year or more of canceled projects and likely unemployment. Meanwhile, the industries that working artists rely on for side income are also reeling, including jobs in the performing arts and museums, jobs as arts educators, and jobs in restaurants, bars, and clubs.

In the absence of major relief from the federal government, New York State will need to do more to stanch the bleeding and help lay the groundwork for a long-term recovery for the state’s cultural sector.

State leaders should work with the governor and mayor to provide financial and technical support for the retrofits and renovations needed to ensure that indoor venues can reopen safely—especially small performing arts and nightlife venues that were already operating on razor-thin margins and have now fallen months behind in rent.

The state should also work quickly to allow performance venues to reopen with restrictions similar to indoor dining and temporarily suspend the prohibition on liquor company sponsorship, which could help venues stay afloat at drastically reduced capacity.

New York can build on the effective Open Streets for Restaurants initiative by expanding this free, online permitting system to cultural organizations and performance venues of all sizes—an approach that could help these hard-hit venues generate much-needed revenue. New York can get more creative about ways to bring paid performances outdoors, including in public parks and on state-owned land, and as part of efforts to winterize commercial corridors for outdoor dining.

New York State could also create a new initiative enlisting the state’s artists and creatives to promote New York tourism from Buffalo to the Bronx. This Works Progress Administration–style program could hire out-of-work artists to help encourage New Yorkers to explore their own cities and regions.

Finally, New York should prepare for the potential expiration of unemployment benefits for freelance workers at the end of the year—which directly harms the state’s artists and creatives—and create a plan to continue these benefits and expand access to others, regardless of what happens in Washington.

Thank you for the opportunity to share our research today, and for highlighting the enormous challenges facing New York’s arts and cultural ecosystem.