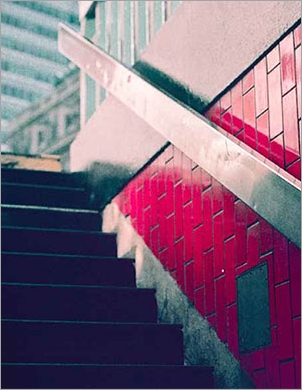 Testimony: Aging out of Foster Care

At a June 2014 City Council hearing on youth aging out of the foster care system, CUF Senior Fellow Thomas Hilliard testified on the importance of exploring the developmental outcomes of foster care, such as high school graduation rates, early predictors of dropout and use of city services after leaving care.

In New York City, roughly 900 foster youth leave the child welfare system each year on their own. The few data points we have on the adult outcomes of foster youth hint at an ongoing human tragedy:

What makes the tragedy of foster youth so poignant is that they are wards of the state. That is, the City of New York is essentially their mother and father. We are almost literally failing our children.

The Center for an Urban Future has been deeply involved with the plight of foster youth at a policy level since 2011, when we published a report called Fostering Careers. This report revealed that many young people aging out of the foster care system are failing to obtain jobs and launch careers, and that much of the problem is a fragmented system that has never properly adjusted to the needs of youth in care as distinct from children in care. We followed up Fostering Careers with a policy brief proposing six achievable and low-cost strategies to support foster youth; a conference to spark a broader discussion among policymakers, advocates and providers about responding to the challenges of foster youth; and a stakeholder meeting in which selected leaders in the field explored opportunities to serve foster youth through closer collaboration.4

In researching the Fostering Careers report, I found data on foster youth difficult to obtain, fragmentary, and altogether missing in some crucial areas. These informational gaps are symptomatic of a larger problem: lack of a clear citywide governing focus on foster youth. The child welfare system was built to protect the safety of young children and return them to permanent care settings as rapidly as possible. Over the past two decades, the sharp decline in the number of young children in care has made the system increasingly the surrogate parent of teens and young adults; but the city government has not yet adjusted to its emerging role. The fact that the city publishes so little data on foster youth reflects that larger shortcoming.

Policymakers need solid data on foster youth for at least three purposes: to establish policies and allocate funding based on evidence rather than anecdote; to test policies and programs for effectiveness and make them more effective; and to hold agencies accountable for managing the system. Using data to create an evidence base will take time and resources. But it is the right thing to do.

The bills before us today explore most of the key areas that the city needs to learn more about. My recommendations today pertain mainly to the nature of the data reporting to be mandated. For data to be actionable, it should be reported in a form that enables comparison between groups and over time. Rates and percentages are good, and best of all is longitudinal trend data.  However, the three bills primarily request raw numbers from ACS and other agencies. While it may be possible in some cases to calculate, say, the proportion of foster youth of a certain age who receive vocational training services as a share of all foster youth in that age group, it is not necessarily easy to do so. In some cases it will not be possible at all.

As an illustration, consider Int. No. 187, which would require ACS “to provide information regarding high school graduation rates of youth in foster care.” But the language of the bill does not require ACS to report a high school graduation rate. Instead, ACS would only be required to report the number of foster youth who graduated from high school in the previous year disaggregated by age group. The legislation also specifies that ACS will provide the total number of foster youth in each age group and the number remaining enrolled in school, which would enable the Council to calculate the proportion of foster youth who graduate each year. But each year’s population may be very different from the previous year’s population, making comparisons between them invalid. The federal government made this mistake in designing the 2003 No Child Left Behind Act’s “Average Yearly Progress” indicators, rendering their entire performance management system useless. New York City should not replicate that mistake.

If the Council wants to learn the high school graduation rate of foster youth, it should write into statute the definition used by the New York City Department of Education:

The cohort consists of all students who first entered ninth grade in a given school year (e.g., the Class of 2009 entered ninth grade in the 2005-2006 school year), excluding certain disabled students (students in self-contained classrooms and District 75 students).  Graduates are defined as those students earning either a Local or Regents diploma, a special education (IEP) diploma, or GED.  August graduates are included.5

Adopting a cohort definition of the high school graduation rate will introduce new complexities. For example, the foster youth population is transient, with many 9th grade foster youth leaving care before discharge and many more entering the system after 9th grade. But dealing with complexity is the price of admission to evidence-based policy.

Int. No. 187 and Int. No. 104 overlap in their education reporting standards, and Councilmembers should consider what educational data might be policy-relevant and actionable. Because the child welfare system is developmental in nature, the Council should request data on foster youth that are predictive of graduation, dropout and collegegoing success. The NYC Department of Education is the best possible resource on this issue. But possible metrics might include 1) Number of school changes in grades 6-12, a chronic problem for foster youth; 2) ELA/Math scores in 8th grade; 3) grades and credits earned by the end of 9th grade; 4) and modified promotional criteria status.

Int. No. 104 would mandate reporting of the “number of youth who receive vocational training…” (2.a.(iii)). This is a very important area for reporting, since vocational training could be decisive in whether foster youth are prepared to enter the labor market after emancipation. However, it is also a broad and heterogeneous category. Some components, notably employer-sponsored training of incumbent workers, do not involve the public sector. I would suggest that the Council mandate reporting of foster youth enrollment in publicly funded programs operated by the Department of Youth and Community Development, the Department of Small Business Services and the Human Resources Administration. By learning the extent to which the City’s own youth development programs reach foster youth, we can lay the foundation for a more coherent system to support their needs.

Sections 2.c, 2.d. and 2.e. deserve special praise. These sections would pull aside the curtain that shrouds the lives of foster youth after leaving care and provide important information on their adult outcomes. Since the ultimate goal of foster care is to prepare youth for adulthood, the true test of whether that system works is whether the clients it serves end up in homeless shelters and prisons. Until now, this vital information has only been glimpsed through initiatives of top researchers in the field, notably Dennis Culhane and Chapin Hall’s Midwest Study. But these projects are only one-offs, mostly conducted outside New York City. Reporting post-discharge outcome data on a regular schedule will establish a benchmark to test the effectiveness of future interventions and funding allocations.

I would make three suggestions regarding post-discharge reporting. First, policymakers need to know the demographic characteristics of former foster youth who utilize the services described in sections 2.c.-e., such as gender, race/ethnicity, educational attainment, immigration status and family status. It is not necessarily essential to specify these characteristics in statute, but reporting should include some demographic information. Second, policymakers should seek longitudinal and multiple-condition data on these former foster youth, so that we can connect the services they receive in care to their adult outcomes and identify subpopulations who are utilizing multiple city services. Third, the Council should mandate post-discharge reporting on positive outcomes, not just negative ones. Postsecondary completion data should be available from CUNY and in the coming months from the New York State Education Department’s student unit record system. Employment data is becoming available from the New York State Department of Labor’s Wage Reporting System. Either in this bill or in a subsequent bill, the Council should add educational and employment outcomes to the set of post-discharge outcomes to be reported.

In closing, I would like to reiterate the Center for an Urban Future’s general support for the proposed legislation before us today. Thank you for giving us the opportunity to testify.